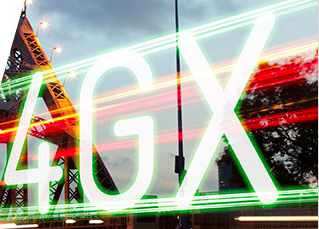 Telstra, Australia’s largest mobile operator, announced its 4G coverage now reaches 99 per cent of the country’s population, and it switched on LTE-M on its 4GX network to expand the reach of IoT devices.

The operator, with a 51 per cent market share, deployed more than 7,000 4G sites across the country, extending its LTE footprint to 1.4 million square km. 4G subscribers account for 73 per cent of its total user base of 16.3 million.

Mike Wright, Telstra’s group MD for networks, said the combined coverage of its 3G and 4G network reaches 99.4 per cent of the population and covers 2.4 million square km of the Australian landmass.

Telstra in March deployed its 100th base station and expanded coverage to 50,000 square km under the government’s black spot programme designed to improve coverage in rural and remote regions.

Wright noted an inquiry by the Australian Competition and Consumer Commission (ACCC) into regulating mobile roaming led to some of its investment plans being put on hold until a decision was made. The ACCC announced in May its draft decision to not declare mobile roaming, which Wright said gave Telstra the confidence to continue with some key investments in regional Australia.

“If the ACCC draft decision is confirmed, we will commence planning to extend our 4G footprint to approach that of our 3G service, delivering a further 1 million square km of 4G coverage,” he said.

Expanded IoT reach
The executive said it also activated one of the largest IoT-enabled networks in the world using LTE-M technology, which operates over its 4GX network and expands the reach of IoT devices.

LTE-M is a simplified industry term for LTE Cat M1 IoT technology, which is one of three cellular-based low power wide area (LPWA) IoT standards established by 3GPP in its Release 13 specification (the other two being NB-IoT and EC-GSM-IoT).

“We will soon deploy range extension capability and be able to offer customers with a Cat M1-enabled device a network footprint that is around 3 million square km in area and penetrates far deeper into city buildings than 4G coverage has ever reached before,” Wright said.

This will enable connectivity to such things as sensors in basements or communications panels in lifts, he said.