Samsung claims printing option in apps will up engagement 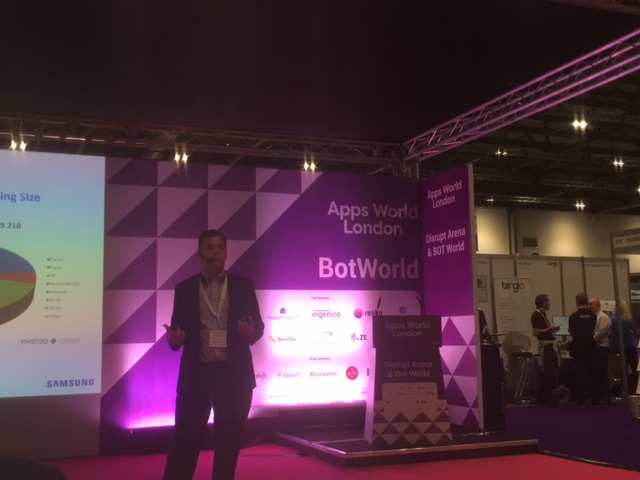 LIVE FROM APPS WORLD, LONDON: There are many times users will want to print directly from apps, and Samsung’s Brent Richtsmeier believes this feature can significantly improve engagement.

According to Richtsmeier, VP of development for the Solutions Innovation Group at Samsung Research America, “paper adds value and it is an interface that is always on”.

This is not just relevant when it comes to business documents and contracts, but also boarding passes for travel apps and photographs for picture apps. Sometimes, users will want a soft copy when they suffer from “screen fatigue,” a common complaint amongst millennials.

What’s more, 20 per cent of them will stay in the app longer, while they are three times more likely to make an in-app purchase.

While 67 per cent of business users surveyed by Samsung said they want to print from their mobile devices compared to 95 per cent of consumers, this doesn’t mean enterprise apps don’t have just as much reason to look into printing. Richtsmeier put this down to the fact that businesses are slower in adopting mobile in general.

He recommended developers to look into the Mopria Alliance, of which Samsung is a co-founder, which has set standards that enable a “seamless conversation between printer and apps”.

Developers can also take this technology “beyond traditional printing” by integrating other devices into an app.

For instance, a self-serve shipping app would integrate shipping scales, barcode scanners and an NFC reader into an app. Integrating a fitness wearable, a blood pressure measurement device and a medical scale could create a health app.

He believes developers have the opportunity to take a boring technology like print and make it vibrant by making it service-oriented, and making use of IoT and the cloud. He also thinks app makers will have access to users they didn’t before.

Developers that delve into this will “fundamentally be at the starting foundation of something that will take the mobile ecosystem to the next level”, he said.

Blog: What do foldable phones mean for apps?