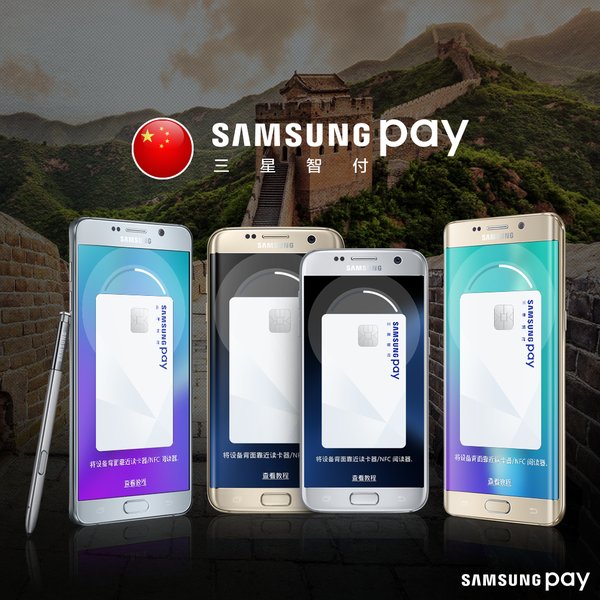 Samsung launched its payment service in its third market, China, in partnership with China Unionpay, the country’s dominant card network.

The South Korean vendor previously said it would debut in the country before the end of March, so has just made its own deadline. However, it trails the launch of rival Apple Pay by six weeks.

China is Samsung Pay’s third market after South Korea and the US.

And there are more banks to come, the vendor said. Additional support for select credit and debit cards will come from six banks: Bank of China, Bank of Beijing, Bank of Communications, China Bohai Bank, Industrial Bank and Shanghai Pudong Development Bank.

Next up will be Australia, Brazil, Singapore, Spain and the UK later in the year for Samsung’s payment service.  Canada will be added to the roadmap, the vendor has said previously without being more specific.