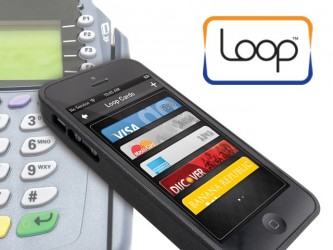 Samsung has bought LoopPay, a US firm behind a technology that enables shops and restaurants to leverage their existing point-of-sale terminals to receive payments from consumers’ mobile devices.

The deal is for an undisclosed sum. The two firms have been talking for some time.

LoopPay argues its mobile wallet technology has the edge over rival NFC because it does not require shop or restaurant owners to upgrade their payment terminals, so giving it a wider potential user base.

However, NFC has powerful support in the shape of Apple as well as leading operators, financial institutions and payment infrastructure vendors. The upgrading of terminals to NFC is progressing rapidly.

In an interview with the Wall Street Journal, the Samsung executive who led the deal, David Eun, said LoopPay would join Samsung’s mobile division, which is developing consumer services related to payments, including tracking loyalty points and consumer spending habits.

The initiative would better enable the South Korean vendor to match rival Apple on the service as well as devices side.

LoopPay has developed magnetic induction technology which allows a smartphone to make a payment by being tapped against an in-store magnetic stripe reader. Samsung is not the first to find the technology of interest. Visa invested in the same firm last year.

Samsung is expected to launch a mobile wallet service when it unveils its Galaxy S6 smartphone at Mobile World Congress in early March.

The service is expected to allow consumers to add credit, debit, gift and loyalty cards to the wallet on a Samsung smartphone. Then the consumer uses the phone for physical payments, which are then processed via their credit and debit cards in the normal way.