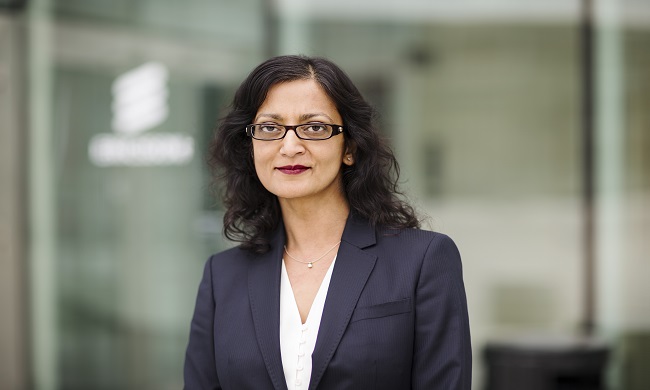 According to a release from the operator, Qureshi will start her new role 6 November and will be responsible for the “development and implementation of Verizon’s overall corporate strategy, including business development and strategic investments”. Qureshi will report directly to Verizon CEO Lowell McAdam, who deemed her hire a “game changer”.

“The addition of Rima is another game-changer for Verizon,” McAdam said in a statement. “She’s a visionary leader, with a global perspective and a thorough understanding of our industry and where it’s headed.”

The news follows an announcement in May that Qureshi quit her position as head of Ericsson’s North America business.

Qureshi will replace Roy Chestnutt, who previously announced plans to leave Verizon. He will depart by the end of the year after four years as CSO, the operator said.

High-profile appointments
Qureshi isn’t the only recent high profile hire at Verizon, nor is she the first big name from Ericsson to join the operator’s team.

Verizon kicked off its hiring spree in September 2016 with the addition of Ronan Dunne, ex-CEO of UK operator O2, as its new EVP and group president of Verizon Wireless. In March, the operator followed up with the hire of former Ericsson CEO Hans Vestberg as EVP of its Network and Technology team.

The latter addition came amid an organisational restructuring at the company that also bumped Marni Walden, former president of product innovation and new business, to head up a new media and telematics division, while John Stratton, former president of operations, shifted to lead customer and product operations. Among other things, Vestberg was charged with leading the further development of “Verizon’s fibre-centric networks” and ensuring a seamless network experience between Wi-Fi, 4G, and 5G network technologies.