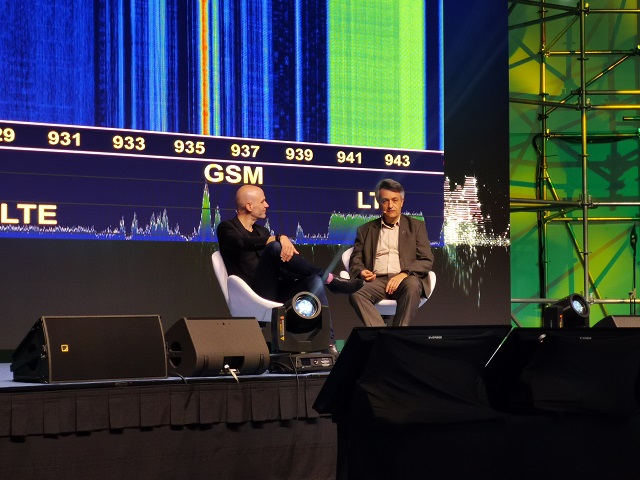 LIVE FROM SIGFOX CONNECT, SINGAPORE: Sigfox is prototyping energy harvesting technology which enables IoT devices to power themselves, in a bid to cut battery wastage.

In a press conference CEO and co-founder Ludovic Le Moan announced the company is aiming to connect over one billion IoT devices by 2023 but will also look to save that many batteries.

“In a more sustainable world, having a billion devices attached to a billion batteries, we can’t do this. We need to work on how to give up the batteries and rely on energy harvesting solutions. At Sigfox we worked out how to prepare our network to support devices with microwatts of energy”, said Le Moan.

CTO and co-founder Christophe Fourtet explained to Mobile World Live the Sigfox network is built to work with low power (a key differentiator to rivals, the company claims) and its energy harvesting technology is poised to be “revolutionary for IoT”.

He explained low amounts of energy can be siphoned from radiation emitted by base stations, WiFi networks and lightbulbs. Sigfox is also exploring thermoelectricity, where energy is created when a heat source clashes with a cold source.

“In the case of a densified network in a warehouse, we can put two base stations that give off microwatts of energy which is enough to power sensors,” explained Fourtet.

In a demonstration it was explained the batteries can be charged to use in 20 to 30 seconds, and then relay messages when it is commanded to. This also increases longevity in devices as they aren’t constantly pumped with energy, an aspect that is important for return on investment for partners, said Fourtet.

“You want IoT devices to serve 5 to 20 years but you want to be predictable in this power consumption. So devices have to live their life alone, not dependent on the network, the network that has to adapt to the behaviours of the device,” said Fourtet.

He added: “If we have enough feedback we will trigger industrialisation of this technology, which will take two to three years in development.”