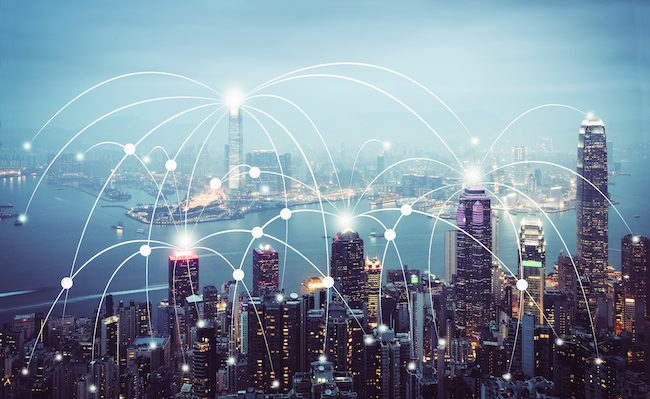 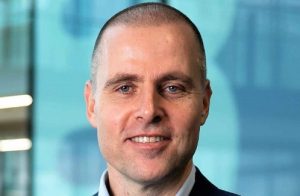 In an interview with Mobile World Live, Loozen (pictured, right) noted an increasingly hyper-connected world means operators must make strengthening customer relationships a priority, positioning themselves more as a digital partner than just a provider of communications services.

He highlighted the opportunity around IoT as one of the strongest. “As 5G comes of age, there is a substantial opportunity to support the digital transformation of industry verticals. This means creating a stronger dialogue with enterprise customers in particular, acting as a true business partner that can help deliver end-to-end solutions for 5G-based IoT.”

Of course, building such partnerships is straightforward in theory, but applying the approach in practice will also require a shift in mindset. Loozen explained that communication service providers (CSPs) “should take care to form winning partner ecosystems”, which they can use to highlight the “long-term value of 5G deployments” to potential industrial and enterprise customers.

With the launch of the first commercial 5G networks in 2018 and 2019, it would seem that initial fears around the high cost of deployment are easing. Loozen agreed, noting the “investment outlook” for the technology is today “largely positive”.

“More than 60 networks have gone live worldwide to date and operator network launches will continue to trend up in the medium-term: by 2025, 5G networks are likely to reach one-third of the world’s population,” he explained, noting the outlook for operators is beginning to ease as other “supporting factors are also coming” into play.

These factors include “new spectrum release frameworks”, which Loozen said is enabling operators to deploy 5G across multiple frequency bands. There are also national strategies around the technology which “are helping to bring together the 5G investment across the public and private sectors with industrial” use cases foremost in the industry’s mind.

Price still to pay
Despite the progress around commercial 5G network launches, Loozen noted there are still pain points for operators deploying the technology.

“The principal challenge for operators is to ensure that capex burdens remain manageable going forward. Revenue growth is low single-digit for most players, and operators will continue to invest in LTE capabilities while also rolling out 5G”, he explained.

Due to those factors, Loozen emphasised it is key that operators find “new routes to capex efficiency”. He advocated for network automation using AI as playing “an important role in driving smarter investments”, while also highlighting new approaches to operating networks “both with and without unlicensed spectrum”. Defining which kind of infrastructure they need to own is also important, with tower divestments and network sharing both enduring themes in the sector.

As national frameworks for operator infrastructure supply evolve in new directions, so telcos face a delicate and often intense task ensuring that their network upgrade paths are sustainable and compliant with changing rules. Beyond this, the health and environmental concerns relating to 5G that have been raised as part of the ongoing public debate are the subject of increased scrutiny, and these issues should be taken into account by operators as they proceed with deployment.

The enterprise opportunity
Despite these challenges, 5G unlocks the potential for new forms of value creation, notably by delivering the connectivity for industries seeking to beef-up the IoT with 5G. Loozen explained there is demand for the next-generation technology from industrial players, but added many of those businesses also have concerns.

“5G can act as a game-changer for industries involved in IoT. Ultra-low latency coupled with network slicing capabilities pave the way for new IoT use cases, from critical infrastructure control to supply chain orchestration and secure, private networks.”

On the flip side, though, industrial players “have a number of strategic and operational concerns”.

“They are seeking reassurance about the maturity of 5G technology given that we are in an early phase of commercialisation. Beyond this, they want greater education about new use cases and are looking to their suppliers to provide a clearer vision of how 5G can redefine their industries.”

Adding to the list of concerns is the relationship between 5G and other emerging technologies, as businesses “consider how best to leverage it within their existing transformation roadmaps”.

Despite those concerns, Loozen explained most industries “are already alive to the possibilities that 5G represents”, a factor which harks back to his earlier point regarding the importance of operators forging new partnerships around their digitalisation credentials rather than just the CSP element.

Collaboration
Successfully delivering on a partnership model could ultimately see 5G “enter the very heart of business processes across industries,” he said. This, in turn, will “drive better operational efficiencies” while also creating “much greater scope for new business models”.

For Loozen, the importance of enabling a shift to 5G for industrial players is clear: “While 4G was the engine of the consumer smartphone revolution, 5G will fundamentally change how industries work.”

Again, though, the practice differs from the theory in terms of actually delivering on the promise of 5G to fuel the next industrial revolution, with the key challenge apparently falling around the need to clearly communicate the benefits the technology could bring to industrial processes and the role of IoT.

As we move closer towards 5G adoption, Loozen is looking forward to seeing how “the next wave of innovation unfolds and how companies can make the most of new opportunities to put mobile technology at the heart of their business”.