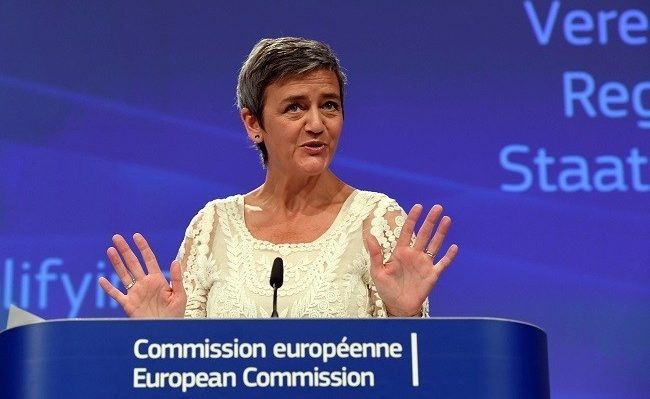 Margrethe Vestager (pictured) was appointed as the EU’s Competition Commissioner for a second term, while also being handed the task of overseeing the bloc’s digital policy.

Vestager’s re-appointment was announced in a statement from the incoming European Commission President Ursula von der Leyen as she announced her team of commissioners.

Along with continuing as chief of competition, the incoming president said Vestager will also take charge of EU digital policy, assuming the job title of Executive Vice President.

Vestager will be charged with coordinating “our whole agenda on a Europe fit for the digital age”.

The competition chief has made some notable moves against the world’s tech giants, meaning her expanded role could spell bad news for the likes of Apple, Facebook and Google. Under Vestager’s tenure, the EC has levied several massive fines against US-based companies, including a number of huge penalties against Google.

In her statement, von der Leyen added Europe had to catch up in certain aspects of technology.

“We have to make our single market fit for the digital age, we need to make the most of artificial intelligence and big data, we have to improve on cybersecurity and we have work hard for our technological sovereignty.”

In other appointments, Sylvie Goulard was named as Internal Market Commissioner, with the task of leading the EC’s work on the digital single market.

She replaces Andrus Ansip, who left a similar role in June.