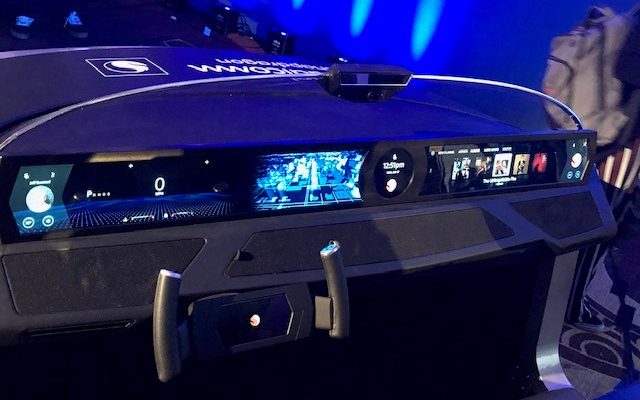 LIVE FROM CES 2019, LAS VEGAS: Qualcomm stepped up its bid to to become a dominant player in the cellular vehicle-to-everything (C-V2X) market, unveiling a new version of its connected car platform meant to bring the technology to even more vehicles.

Qualcomm billed C-V2X technology, which can enable aids allowing drivers to see around blind corners or avoid distracted pedestrians nearby, as a literal life saver.

“The number one thing we’re focused on is roadway safety. So besides all the digital services we can enable…[C-V2X] is going to save a tremendous amount of lives,” Qualcomm SVP of automotive Patrick Little said at a press briefing.

However, he warned it’s going to “take an entire village” to bring the technology to fruition.

Growth trajectory
Qualcomm said its revenue pipeline for automotive products currently stands at $5.5 billion, up from $3 billion in January 2018.

Little noted the number of cars being manufactured with cellular connectivity is expected to rise sharply over the next five years, from about 30 per cent today to 75 per cent.

It’s that market which Qualcomm is looking to tap as part of an effort to branch out from its traditional mobile business. Patrick Moorhead, president and principal analyst of Moor Insights and Strategy, said the segment is well within Qualcomm’s reach.

“C-V2X is the kind of complex, interrelated problem that the company has been successful with in the past. What I like best about Qualcomm’s auto play is that it leverages almost every investment already sunk into smartphones, so it’s very low risk and very affordable.”

The company’s 9150 C-V2X chipset was used by auto makers Audi and Ford, along with motorcycle manufacturer Ducati, in a demonstration during the event. This followed a commitment by Ford to install C-V2X technology in all new models released in the US from 2022.

5G update
Though Qualcomm got the bulk of its 5G news out of the way at its Snapdragon Summit last month, the company noted in an update its Snapdragon 855 and X50 modem are expected to power more than 30 next generation devices slated for release in 2019.

Subscribe to our daily newsletter Back
Previous ArticleInterview: Telefonica at M360 Latin America
Next ArticleSKT, Sinclair Broadcast plan TV venture in US

CES sticks to in-person event for 2021