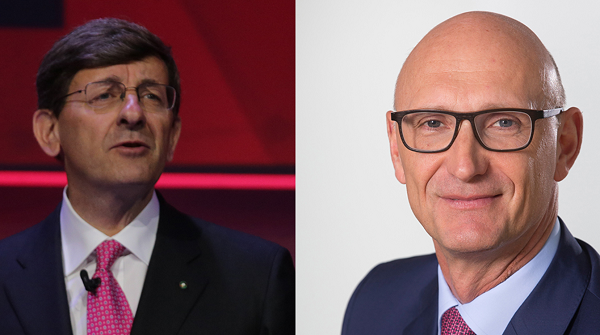 Growing speculation surrounding a potential deal between Vodafone Group and cable giant Liberty Global appeared to get both Vittorio Colao and Timotheus Hoettges – the respective CEOs of Vodafone and Deutsche Telekom (DT) – hot under the collar at Mobile World Congress.

In a roundtable discussion, Colao hit back at his counterpart at DT for saying that he wanted to block the merger, which the Vodafone boss seemed to think was tantamount to wanting to shut down competition.

“I’m surprised by this comment from Tim Hoettges,” said Colao. “You should never look to shut down one of your competitors – you have to win by fair means. DT is the largest operator in the best market in Europe. But maybe he’s feeling a little nervous when you consider our results in Germany are pretty good and we’re now a co-leader in his home territory.”

Colao, somewhat playfully, warmed to his theme. “I find the logic that DT is promoting an interesting idea. Here you have a national player who says that a competitor should not buy a regional cable company because this creates some kind of threat to something. If you follow that logic, then DT should be split in two – perhaps an east and west Deutsche Telekom.”

Over at DT’s stand in Hall 3, where the Germany-based player was holding its press conference, Hoettges repeated his concerns about the merger, which he said would be “unacceptable” from a competitive point of view.

Looking at the German market, which he said would be affected “big time” by such a joining of forces, Hoettges claimed again that the tie-up would create a cable monopoly. Vodafone Germany already has the cable assets of Kabel Deutschland under its wing, which, if bolstered further by Liberty Global’s German cable company Unitymedia, would create a formidable competitor in the fixed-mobile converged services space – an area in which Hoettges is keen on making inroads.

“The dominance of the TV market, combined with a telecommunications provider, is something I personally find very tricky for democracy,” he added. “From my perspective, this deal is very unlikely to get approval.”

For his part, Colao made plain that he wanted fair competition in the German telecoms sector.