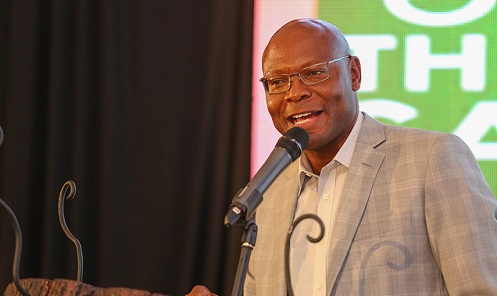 Safaricom signed an agreement with PayPal and remittance company TransferTo to allow instant fund transfer between m-Pesa and PayPal wallets in Kenya.

In a joint statement, the companies said the collaboration would eliminate “significant barriers” preventing Kenyan businesses and consumers accessing the global online marketplace to buy and sell goods.

Safaricom director of strategy Joseph Ogutu (pictured) said the tie-up ushered in a “new era” for millions of people in Kenya. He added the agreement was part of its attempt to create platforms to support entrepreneurs, while improving consumer access to international eCommerce services.

Efi Dahan, PayPal GM for the Middle East, Africa and Russia said the move was “part of the company’s long-term strategy to enable eCommerce and democratise financial services on the African continent”.

The announcement comes less than a month after Dahan revealed plans to partner with successful mobile money providers in PayPal’s target markets in Africa, as part of a strategy to increase its exposure in the region.

Previous ArticleAT&T warns 3.5GHz regime will raise costs
Next ArticleElliott hits out at Vivendi for “poor stewardship” of TI