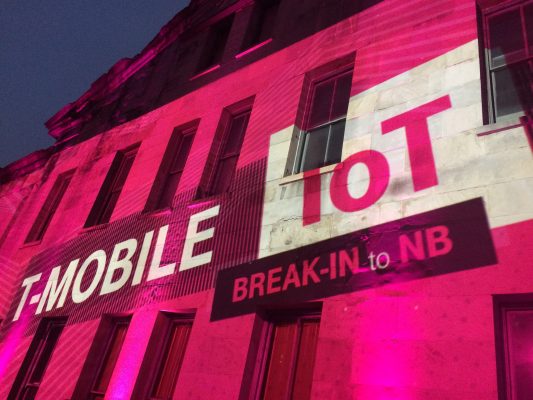 By deploying in the guard bands, fallow gaps of spectrum left between radio frequencies to prevent interference, T-Mobile said it can use its spectrum resources most efficiently, ensuring traffic from IoT applications doesn’t compete with cellular customer data on its network.

The operator noted it is the first in the world to launch an NB-IoT network in the guard bands.

First mover
T-Mobile’s launch puts it ahead of Verizon, which also committed to deploy a nationwide NB-IoT guard band network sometime in 2018. Sprint and Dish are also working on NB-IoT networks.

Sridharan said the early rollout, in conjunction with a newly announced partner programme aimed at helping customers develop and bring NB-IoT products to market more quickly, gives the operator a first mover advantage which will allow it to shape adoption of the technology.

He noted T-Mobile already has a significant number of customers interested in NB-IoT and is actively working on a number of pilot programmes which incorporate it. Asset tracking is a particularly popular application among its enterprise clients, he added.

Money maker
In the short term, Sridharan said T-Mobile expects to earn NB-IoT revenue mainly through connectivity. He explained the goal is to get the technology into the hands of as many developers and innovators as possible, who can develop new applications for a variety of use cases that can be monetised.

“Right now we’re in the early stages, [figuring out] how do I enable billions and billions of connections. That’s where NB-IoT is going to get us and then as that grows there will be other monetisation models that develop on it.”

T-Mobile’s NB-IoT tariff for businesses costs $6 per year for up to 12MB of data use per connected device.