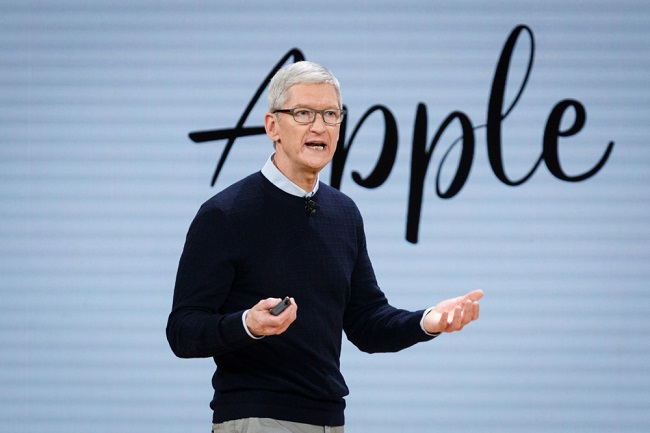 Apple will no longer break out the number of iPhones, iPads and Macs reaching customers in a given quarter, as it posted an earnings report showing iPad and Mac shipments dipped and flat iPhone volumes.

Apple CEO Tim Cook (pictured) noted the company considers its installed base of users a more “significant” figure to track. That number, he said, is growing by double digits.

And Apple is also selling more iPhones at higher price points, which means a slowdown in volume does not necessarily equate to a similar effect on revenue. Indeed, while iPhone shipments in its fiscal Q4 (the period from 1 July to 29 September) were essentially flat, revenue increased by a solid 29 per cent year-on-year to $37.2 billion.

Speaking on an investor call, CFO Luca Maestri argued unit shipment numbers are “not necessarily representative of the underlying strength of our business”, adding “a unit of sale is less relevant for us today than it was in the past, given the breadth of our portfolio and the wider sales price dispersion within any given product line.”

Record quarter
The decision to scrap what analysts considered a key metric came as Apple reported what it described as a “another record breaking quarter”. It posted a profit of $14.1 billion, up from $10.7 billion, on record September-quarter revenue of $62.9 billion, an increase of 20 per cent.

iPhone shipments of 46.89 million units compared with 46.68 million in fiscal Q4 2017. The launch of new models in late September had little time to impact shipments during the period, but should provide upside moving forward.

Despite the flat shipments, ASPs soared from $618 in fiscal Q4 2017 to $793 in the recent quarter, as customers bought more high-end devices.

The company also posted record Services revenue of nearly $10 billion, up 17 per cent. Revenue in its Other Product category, which includes the company’s wearables, Apple TV and HomePod products, was up 31 per cent to $4.2 billion.

Healthy interest
Apple made an effort to reach deeper into the healthcare segment with its Apple Watch Series 4, and Cook hinted at more moves in that direction will follow.

He said healthcare presents a “huge opportunity” for Apple, one it has addressed “so far” with the release of a handful of products and non-monetised services: “I don’t want to talk about the future because I don’t want to give away what we’re doing, but this is an area of major interest to us.”