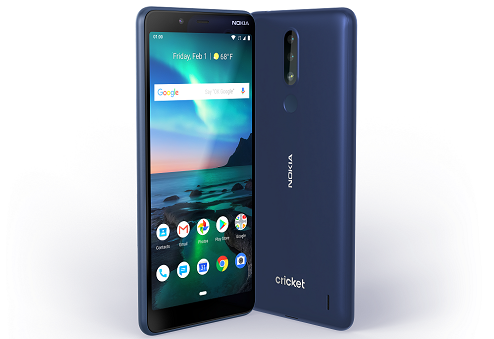 HMD Global, the company behind Nokia-branded devices, announced deals to boost its position in North America, including alliances with US giant Verizon and Cricket Wireless, the prepaid brand of AT&T.

Also on the list is Canadian operator Rogers Communications, through its subsidiary brand Chatr.

In a statement, HMD Global CEO Florian Seiche said: “We are extremely excited and committed to build long-term strategic partnerships with the leading carriers in North America. Our Nokia phone promise is distinct and built on consumer insight – European design and craftsmanship, excellent quality, the latest Android and purposeful innovation that enhances your everyday user experience.”

Breakthrough
The US, in particular, is an interesting market for the Nokia brand. Even when Finnish-owned and dominant in the global market, the company was unable to replicate this success in the US, where it lagged for numerous reasons.

Nokia never really had a strong hand in CDMA technology, which was used by Verizon and Sprint (at the time first and third in the market) for their 2G and 3G networks, significantly limiting the vendor’s addressable market. The company also failed to secure broad operator support for its other devices, restricting its reach at a time when unlocked device sales were far from the norm.

The Nokia brand did receive more of a push in the US once it moved to Windows Phone and, eventually, with Microsoft as owner of Nokia’s devices operation, although at this point it was on the wrong side of the platform battle which saw Google’s Android and Apple’s iOS wiping away the competition.

Cricket Wireless is offering Nokia’s 3.1 Plus (pictured) now for $159.99, while Verizon will offer Nokia 2V from 31 January. Launch plans with Rogers Communications have not been revealed, with the only details being that a device is due to be available “very soon”.

Maurizio Angelone, Americas VP at HMD Global, said: “Our approach to operator relationships is not transactional — our users will see more devices at different price points launching with our prepaid and post paid wireless prover partners and on the open market.”