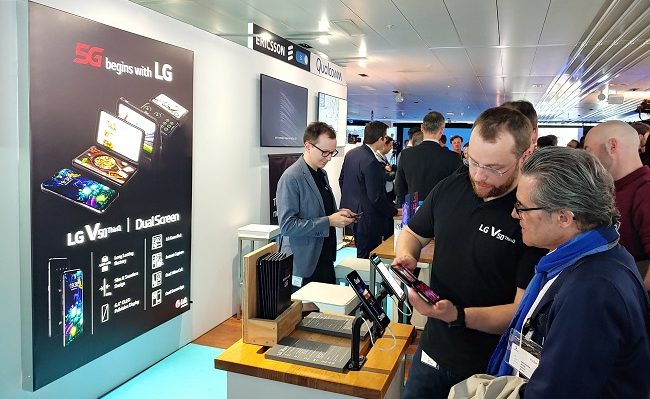 LG Electronics played down the impact of a postponed domestic launch of its V50 ThinQ 5G device, stating it sold four-times more units in the first week than its previous flagship smartphone once available.

The vendor stated the model’s launch was “delayed for a few days” to enable South Korean operators to “work out some early network jitters”. With the operators staking a claim to being the first in the world to deploy consumer 5G services in April, LG said such issues are “to be expected for such new tech”.

Once available, it sold 100,000 units in its first week, LG said, noting this was “quadruple the sales” of its V40 ThinQ.

For context, South Korea’s government revealed 260,000 subscribers signed up to 5G services in the country in the first weeks of availability.

LG stated most Korean consumers were interested in the greater speeds 5G brings, but inevitably noted design features of the V50 ThinQ 5G, including a smooth glass backing and improved cooling as factors influencing their choice.

It is relying on the device to help kick-start its ailing mobile device business, which recorded a higher net loss and a 29 per cent year-on-year drop in sales in the opening quarter.

LG racked up wins for the V50 ThinQ in South Korea with all three operators, along with the UK (via EE), US (Sprint and, reportedly, Verizon) and Australia (Telstra).

LG however faces stiff competition from rival Samsung, which has also racked up wins for its Galaxy S10 both at home and overseas.