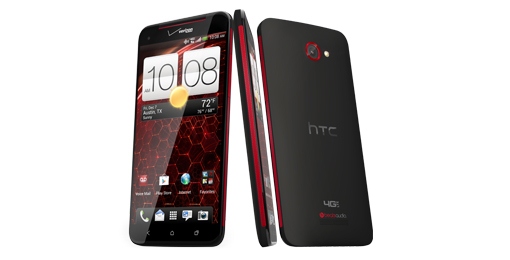 Struggling Taiwanese device maker HTC announced another poor set of monthly sales, with its TWD21.23 billion (US$728.8 million) revenue for November 2012 down 31.39 percent from TWD30.94 billion in the same month last year.

The company has already said it expects fourth quarter sales to disappoint, providing guidance of around TWD60 billion – lower than the TWD70.2 billion it saw in the third quarter, despite the later period including the normally lucrative Christmas holiday sales period. It also anticipates its gross margin to fall to 23 percent from 25 percent in Q3, and operating margin to be 1 percent compared with 7 percent.

On a more positive note, the company’s revenue in November was up 23.3 percent from the previous month.

HTC is facing tough competition in important markets including the US, Europe and China, where its Android devices have been overshadowed by Samsung’s Galaxy range, which uses the same platform, as well as Apple’s recently released iPhone 5S. The company has also seen a challenge from recovering Sony Mobile, among others.

According to figures from Canalys, HTC’s smartphone market share slipped to 4.8 percent in the third quarter of 2012, compared with 10.9 percent in the third quarter of 2012. While the size of the market as a whole increased by 44.3 percent to reach 173.3 million units, HTC’s shipments decreased by 36.1 percent to 8.4 million units — although it should be noted that the vendor does not confirm device volumes itself.

In recent weeks, the vendor has warmed-over its Android product line, including an update to its One X flagship (One X+). It has also announced a high-end device, Droid DNA, for Verizon Wireless.

It has also launched its first Windows Phone 8 devices, having said it intends to “go big” with the fledgling platform in order to offer a more balanced portfolio than with Android alone. 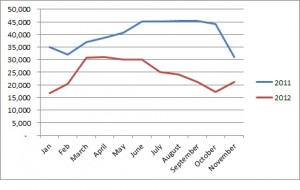