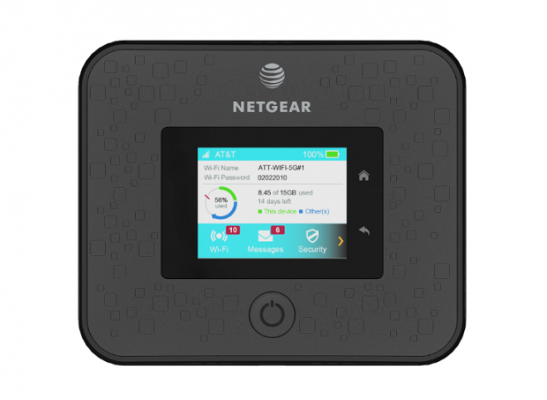 AT&T revealed Netgear will supply the first compatible device for its 5G service later this year, as it announced a successful trial of the vendor’s forthcoming Nighthawk 5G mobile hotspot on mmWave spectrum.

In testing conducted in Waco, Texas using Ericsson network equipment and Netgear’s 5G hotspot, AT&T completed what it claimed was the world’s first mmWave browsing session with a standards-based device on a mobile 5G network.

An operator representative told Mobile World Live the session was conducted using a mobile device tethered to the Nighthawk hotspot, which in turn connected to a mmWave 5G network via Qualcomm’s X50 modem.

AT&T touted the demonstration as evidence “the future of 5G is becoming a reality today”.

The representative confirmed the Netgear hotspot is the 5G “puck” AT&T CEO Randall Stephenson referenced on an earnings call earlier this year, and will be offered offered exclusively through AT&T.

Pricing and specifications will be announced at a later date, but a Netgear representative noted the device is “designed for those on the road for business or personal travel who would benefit from the faster speeds and low latency of the new 5G standard”.

The news follows comments from John Donovan, head of AT&T Communications, that its rollout of mobile 5G service in 12 cities will begin “in the next few weeks”.