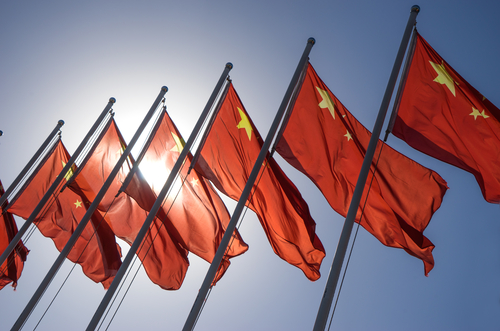 As expected, three permits went to the incumbent mobile operators, China Mobile, China Unicom and China Telecom. The fourth was given to China Broadcasting Network (CBN), which was established in 2014 by the National Radio and Television Administration (NRTA) to consolidate the country’s fragmented cable-TV industry.

In July 2016, the Ministry of Industry and Information Technology (MIIT) granted a telecoms licence to CBN, but the move didn’t have an impact on the mobile operators, as the newcomer had spectrum only in the 700MHz band and its permit covered only infrastructure and domestic internet data transmission services.

Granting CBN a telecoms licence was part of the State Council’s Three-Network Convergence Promotion Plan issued in September 2015, designed to accelerate the convergence of telecoms, broadcasting and internet networks.

Spectrum assigned
The government allocated 5G spectrum to the incumbents in the mid-band frequency range in December 2018. While there is speculation CBN will also be given 4.8GHz spectrum, so far there is no confirmation this will happen, an industry source in China told Mobile World Live.

The three majors certainly have a huge head start as they began 5G tests in 2016 and kicked off large-scale trials at end-2018. The incumbents, which previously planned pilot services this year and full standalone commercial launches in 2020, will likely bring forward their timeline now they have the licences.

It seems MIIT made a call that the ecosystem is mature enough for the licences to be issued at this point. The launch of 5G services in neighbouring South Korea and the prospect of launches in Japan in March 2020 also appear to have encouraged China’s regulator to accelerate the schedule.

Partnering
CBN has been out of the news the last couple of years, but in March it entered strategic partnerships with state-owned CITIC Group, an investment company with interests in a range of sectors including infrastructure, and Alibaba Group. The operator will receive assistance from the two companies for “integrated development and upgrading of the nation’s cable-TV networks as well as related product development and management”, Xinhua News Agency reported.

CBN faces a steep uphill battle if its long-term plan is to carve out a footprint in China, which already has 1.5 billion mobile connections.

More likely, it will forge a partnership with one of the smaller mobile players with the goal of creating an integrated company capable of competing on a more equal footing with market leader China Mobile, which serves 60 per cent of the country’s LTE subscribers.

Such a move would directly benefit from growing demand from consumers for converged services.

Blog: How many global base stations are there anyway?