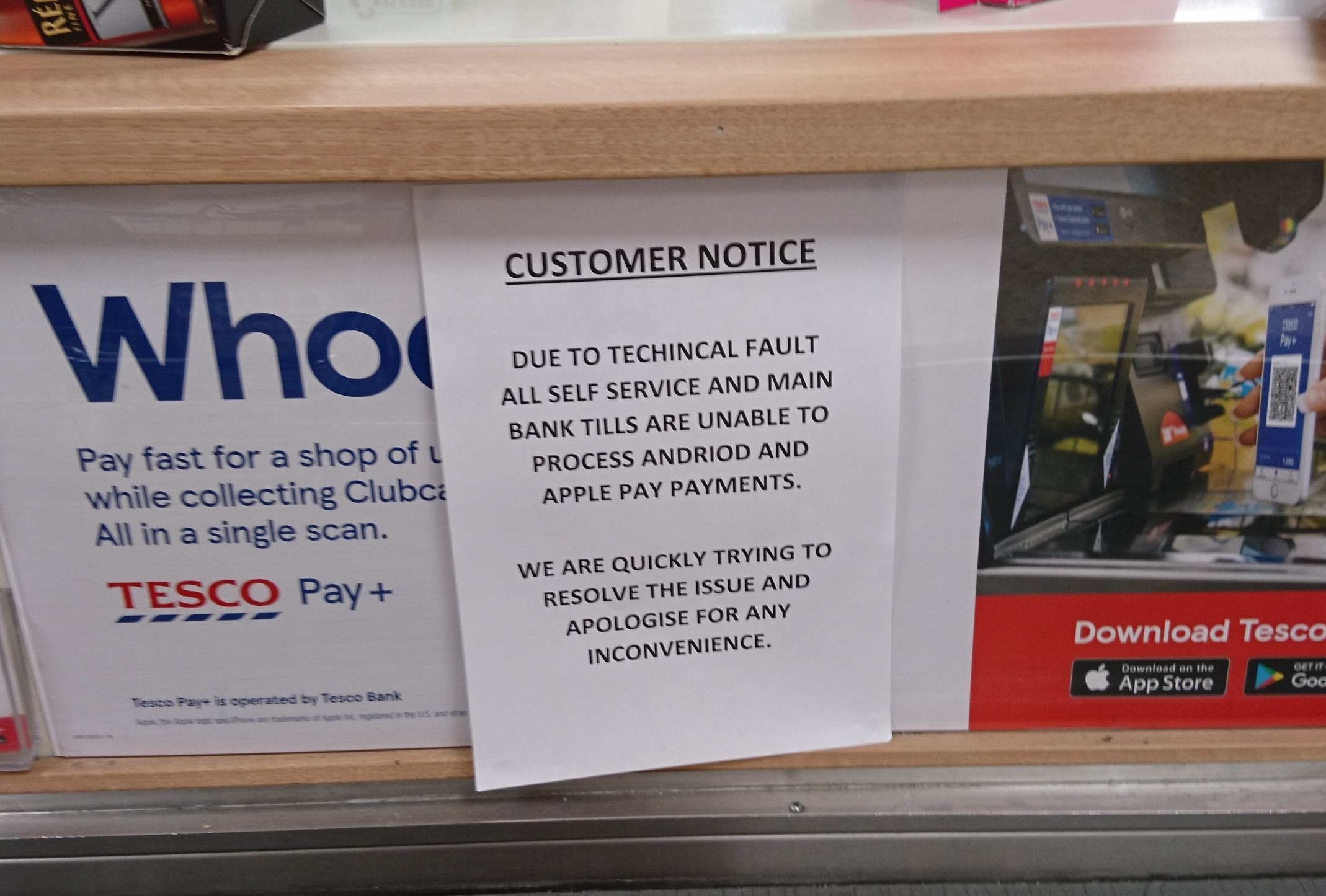 Visa Europe’s network ground to a halt on 1 June, leaving many of those using its cards and mobile wallets linked to them relying on good old-fashioned cash. With the public jury still out on a cashless future, this could prove a very damaging blow.

The frustration was palpable, both on social media and – from personal experience – in stores as queues of people were unable to pay for goods unless they had hard cash or a card powered by a rival provider.

Visa’s presence is so strong in some markets many merchants were forced to impose a cash only policy. Although Visa said services were back online by 6.30pm (BST) on June 2, some customers were still reporting issues with duplicate payments showing on statements and failed transactions throughout the weekend.

If the problems were a brief, one-off incident (Visa said it only lasted a few hours) the long-term effect is likely to be minimal. However, for those still wary of a cashless future anything less than 100 per cent reliability will be proof cards and mobile payments are simply not as good as coins and notes.

In a statement, Visa said the problem was caused by a “hardware failure”, which hardly inspires confidence this could never be repeated: if it does droves of people are likely to look for alternatives.

Money fight
Mobile wallet providers in Europe face a tough enough battle to win the wallets of European consumers without this being compounded by payments being rejected due to a third party.

In Europe, mobile wallets have traditionally struggled to make the same impact as in other markets, attributed in part to the strength of card payments and lack of value-add offers through loyalty schemes.

Visa’s own statistics on European Payments, published in September 2017, predicted mobile-based payment systems were set to “take off” in the coming years fuelled by increased usage by those aged under 35 years old. It made similarly lofty predictions in the UK, which were mirrored in another study by retail terminal company WorldPay.

The latest available figures from the ECB – for 2016 – showed 79 per cent of PoS transactions made in the Eurozone during the year were with cash. Card payments covered 19 per cent.

Banking group UK Finance illustrated the UK as one of the more advanced markets. It said 44 per cent of transactions in the UK were made with cash during 2016: it then expects this figure to halve by 2026.

Although looking at 2016 does little to show the impact of mobile wallets – as international roll-out of Google Pay (formerly Android Pay), Samsung Pay and Apple Pay accelerated significantly in 2017 – card payments have been available for decades and have still failed to topple cash in many markets.

Accepted everywhere
In the ECB’s survey, 38 per cent of respondents preferring cash said it was because it was “always accepted”: outages of payment networks does little to ease these fears. The advice in retailers hit by the Visa outage was to withdraw cash from an ATM and pay, which – assuming they could withdraw funds – is a luxury those relying solely on mobile wallets do not have.

When it comes to money and payments, trust is huge and it only takes one or two failures of transaction for consumers to switch to a system deemed more reliable.

Even though last week’s outage was a Visa issue, from the Apple Pay, Google Pay or Samsung Pay customer’s perspective it was their mobile wallet that didn’t work or wasn’t being accepted, potentially leaving them facing the task of restoring consumer faith.