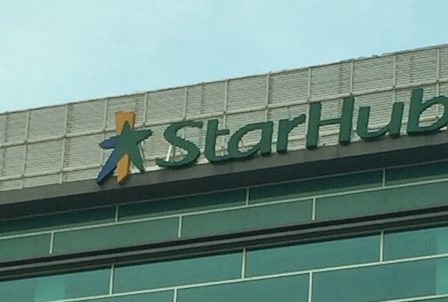 StarHub, Singapore’s second largest mobile operator by connections, reported a sharp drop in its Q4 profit and forecast a decline in service revenue for 2018.

The operator’s net profit in Q4 2017 dropped SGD40 million ($30.2 million) or 74 per cent from Q4 2016 to SGD14.3 million, which the company said was partly due to one-off provisions made for certain staff benefits to rationalise and retain talent, and for a leasing contract related to its cable network.

Consolidated service revenue for the quarter inched up 1 per cent year-on-year to SGD571.7 million. Broadband revenue was stable at SGD54.2 million.

StarHub CEO Tan Tong Hai said its enterprise fixed business played a key role and it registered a strong finish to the year with a second consecutive quarter of double-digit revenue growth. He added: “the strategy we have executed for our growth, such as our acquisitions of Accel and D’Crypt, is yielding results for us”.

Its mobile customer base was stable year-on-year at 2.3 million. The operator added 18,000 prepaid subscribers and lost 19,000 post paid: ARPU for the latter fell by SGD2 year-on-year to SGD68 and prepaid ARPU was down by SGD1 to SGD15.

StarHub forecast 2018 service revenue will drop by between 1 per cent and 3 per cent year-on-year. Capex, excluding spectrum payments, is expected to be 11 per cent of total revenue.