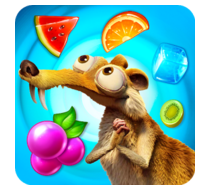 Vivendi said it will continue its acquisition of game companies Ubisoft and Gameloft “depending on market conditions,” as it published its Q3 2015 results.

The company initially bought around a 6 per cent stake in each company, and just a week later upped that to around 10 per cent.

In an internal email obtained by GamesIndustry.biz, Ubisoft’s CEO wrote after the first acquisition that “Vivendi and his [sic] chairman” had a reputation for, “aggressively pursuing companies within the entertainment sector” and described the move as “unwelcome”.

However, in an earnings call, CEO Arnaud De Puyfontaine said “I have not read that the reaction was hostile, I have read that the opposition was seen as unsolicited”.

He said Vivendi is in the process of opening discussions with both parties, adding that “we think it makes sense to do something with them”.

“We don’t have answers from them yet, we will see in the coming weeks what happens,” he added.

Answering a question about the thinking behind the acquisition strategy, given it sold off its Activision unit, the CEO just said having “a minority stake doesn’t mean we don’t have a role in these companies, we think there are things to do with them, that’s why we decided to invest”.

Vivendi also said in a statement that “in its ambition to build an international media and content production and distribution group, Vivendi anticipates that the next two years (2016 and 2017) will be a period of potentially heavy investments”.