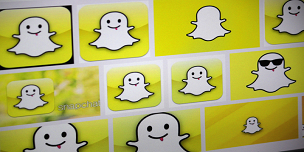 Snapchat users watch 8 billion videos a day, the same number Facebook touted in November, with views increasing by more than five times from a year ago, CEO Evan Speigel said, according to a Bloomberg report.

In a presentation to bankers and investors, he said the app has more than 100 million users who are spending an average of 25 to 30 minutes using it each day.

This was Spiegel’s first keynote presentation in front of public-market investors, the report said, adding that he wants to ensure “bankers understand Snapchat’s growth trajectory as it builds out advertising business before an eventual initial public offering”.

Last May, Speigel had said an IPO was very much on the cards, although when it would happen was unclear. “We have to IPO…It’s just another dot on the list of things to do,” he had said at a conference in California.

In November, the company, which was valued at around $16 billion in its last fundraising round, said the number of videos watched every day had tripled since May to hit 6 billion.

Around the same time, Fidelity, the only fund manager to invest in Snapchat, wrote down the value of its stake by 25 per cent in Q3 2015, without giving any details.

Last week, Snapchat said Nielsen Holdings, a TV ratings tracker, will provide a standard audience count for its ads. The company also inked a deal with Viacom, which has an advertising element to it.