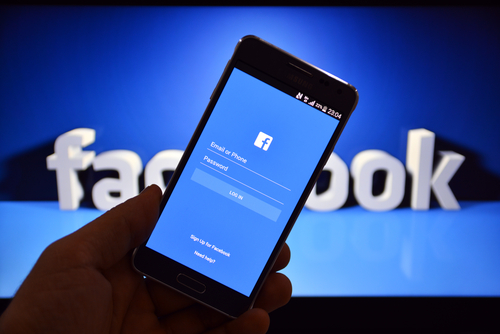 Despite a steep rise in expenses, Facebook still managed a strong set of Q3 2015 results with net income up 11 per cent to $896 million, thanks to mobile advertising.

The social giant also revealed that 1 billion people, including those on mobile devices, now use its core service every day. Mobile daily active users were 894 million in September 2015.

Compared to this, revenue from ads on PCs was down approximately 8 per cent.

The increase in net income came despite the company’s expenses also rising steeply: total costs were up to $3 billion, from $1.8 billion a year before, a 68 per cent increase. A big chunk of this – $1.3 billion – was spent on research and development, including forward-looking initiatives such as solar-powered drones and virtual reality.

And expenses are only going one way: “We expect the year-over-year growth rate for total full year expenses to be approximately 50 per cent,” commented David Wehner, CFO, in an earnings call.

Advertising
“Our results show that we continue to make progress on our three priorities: capitalising on the shift to mobile, growing the number of marketers using our ad products and making our ads more relevant and effective,” said Sheryl Sandberg, COO and director.

“We’re really pleased with the marketer demand for Instagram ads,” said Sandberg, adding that “marketers come to Facebook and Instagram because we have the best performing mobile ad products, and video is making them even better.” 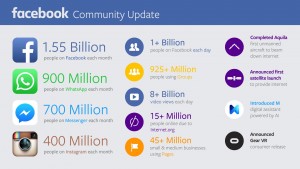 What’s more, there are over 1 billion users on Facebook every day, and monthly active users on WhatsApp, Messenger and Instagram are 900 million, 700 million and 400 million respectively.

50 million people also use Facebook Lite, an app for people on low bandwidth connections and one of the company’s fastest-growing interfaces.

“This is a great sign for how our mobile strategy continues to make progress across markets, devices and platforms,” CEO Mark Zuckerberg commented in an earnings call.

“With our efforts in messaging, we’re also making progress at building WhatsApp and Messenger both into great platforms of global scale,” he added.

“We remain focused on growing the number of people who use our services, increasing advertiser demand and improving the quality and relevance of our ads. Across these dimensions, we continue to see healthy growth opportunities ahead for Facebook and Instagram,” he said.

According to the Financial Times, the company is set to launch a standalone news app next week.