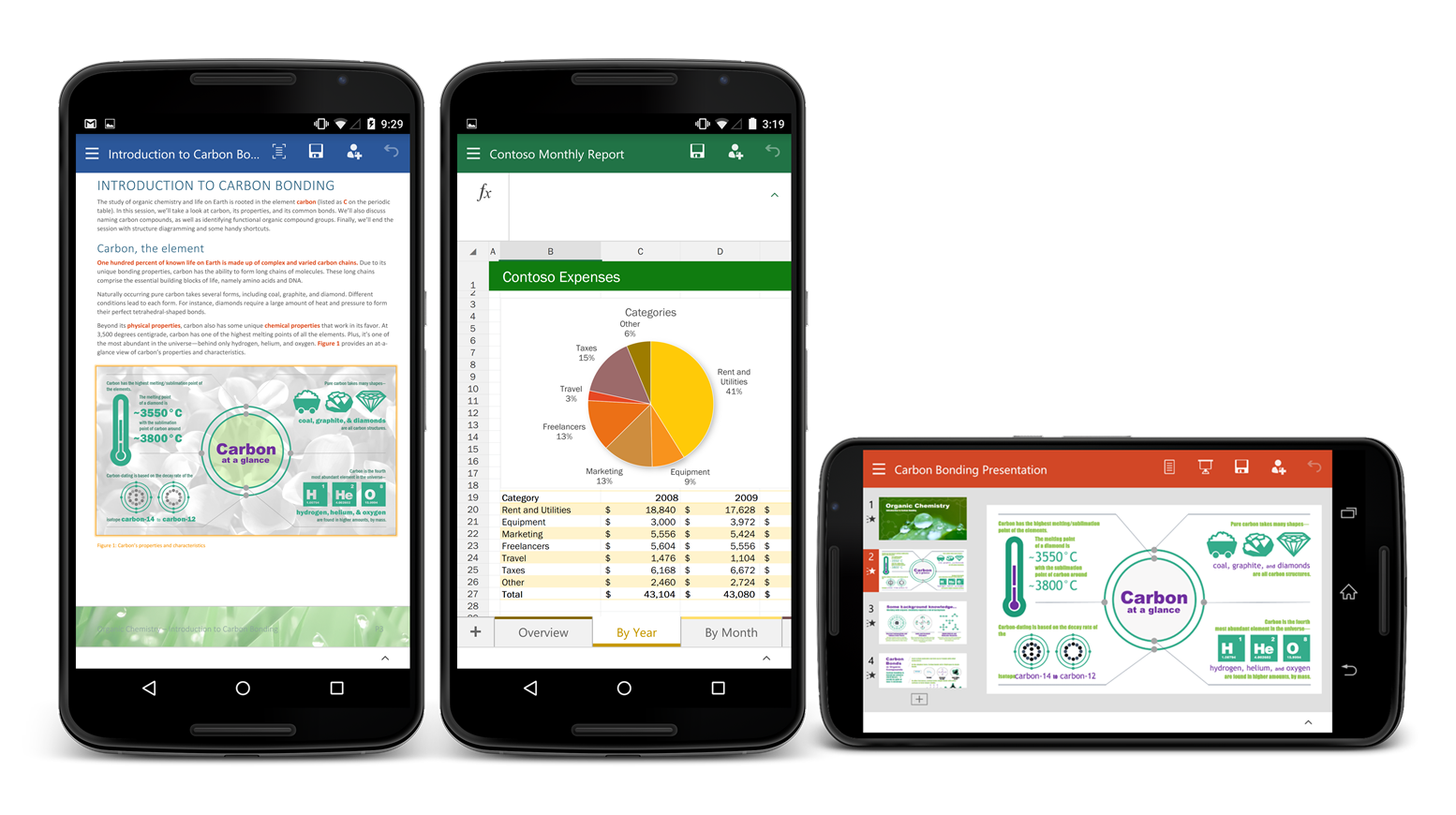 Microsoft has announced a preview version of its Office apps for Android phones with general availability expected later in the year, as it tries to transform its famous products from a “desktop application suite to a cross-platform, cross-device solution”.

In January, Microsoft launched its Office apps for Android tablets following a preview version in 2014 alongside new Outlook apps for iOS and (in preview form) Android.

The company says it has combined the familiar look, feel and quality of Word, Excel and PowerPoint with a touch-friendly experience designed especially for Android phones, adding that navigation is easy for on-the-go reading, reviewing and editing.

“Bringing these apps to preview first provides users with an early look at the apps, while enabling us to gather critical user feedback helping us shape and improve the app experience on a wide range of Android phones across the world,” wrote Jared Spataro, general manager for the Office 365 marketing team, in a blog post.

It was reported last month that Microsoft is offering to cut the patent fees it charges Android device makers in return for bundling apps such as Office, OneDrive and Skype with smartphones and tablets.