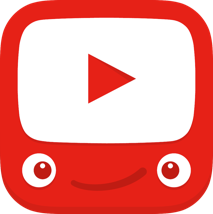 A coalition of consumer and youth advocacy groups filed a complaint with the Federal Trade Commission (FTC) in the US, arguing that Google has used “unfair and deceptive practices” in connection with its new YouTube Kids app.

The complaint details a number of the features that the coalition believes “take advantage of children’s developmental vulnerabilities and violate long-standing media and advertising safeguards that protect children viewing television”.

This includes the “intermixing” of advertising and programming in ways that “deceive young children who lack the ability to distinguish between the two”, and “branded channels for companies like McDonald’s, Barbie and Fisher-Price, which have little more than program-length commercials”.

However, a Google spokesperson said the company “strongly disagree with the contentions” of the group, adding that “we worked with numerous partners and child advocacy groups when developing YouTube Kids”, according to The Guardian.

The groups say Google has ignored not only scientific research on children’s developmental limitations, but also advertising safeguards in place on both broadcast and cable television.

These policies include a prohibition against the host of a children’s programme from delivering commercial messages, strict time limits on the amount of advertising, and the banning of product placements and embedded advertisements.

Angela Campbell of the Institute for Public Representation at Georgetown Law, who serves as counsel to the coalition, has also called on the FTC to “investigate whether Disney and other marketers are providing secret financial incentives for the creation of videos showing off their products”.

“The FTC’s Endorsement Guides require disclosure of any such relationships so that consumers will not be misled,” she said.

“YouTube Kids is the most hyper-commercialised media environment for children I have ever seen,” commented Dale Kunkel, professor of Communication, University of Arizona.

Organisations signing the complaint include the Center for Digital Democracy, Campaign for a Commercial-Free Childhood and the American Academy of Child and Adolescent Psychiatry.

The app was launched in February  with the aim of only featuring videos safe for kids.