Blog: What do foldable phones mean for apps? 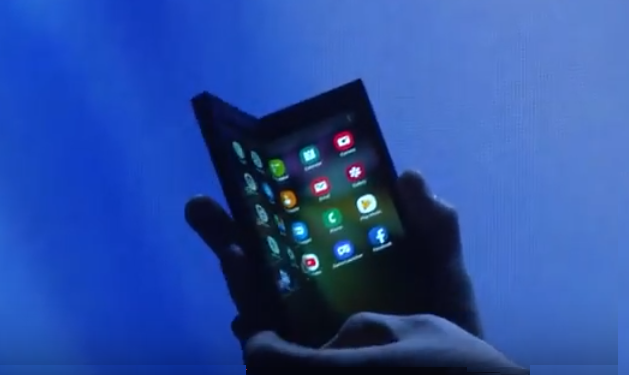 Samsung recently took the wraps off a technology which will allow it to launch devices with foldable, rollable and even stretchable screens in the near future, with reports that Huawei and LG are some of the phone makers looking to get in on the same action.

While this is exciting, does it mean app developers will have to rethink their products?

Google thinks so, as it announced it is optimising its operating system to enable apps to seamlessly adapt to different screen sizes. VP of Android Engineering, Dave Burke, made understanding this simpler, by explaining that developers can think of a device as both a phone and a tablet.

“The defining feature for this form factor is something we call screen continuity. For example, you might start a video on the folded smaller screen while on the go, but later sit down and want a more immersive experience. You can simply unfold the device to get a larger tablet-sized screen. As you unfold, the app seamlessly transfers to the bigger screen without missing a beat.”

And while Avi Greengart, an analyst at Global Data, echoed this when he told CNET “maps and media and gaming, if game developers optimise for the form factor, are certainly going to be more immersive,” an article on Tom’s Guide warned that “the promise of more immersive apps may not be enough to justify the cost of a foldable smartphone”.

When opened there will be a lot more space for developers to play around with, which consumers might use to play games, watch videos or split the screen to open several apps. Samsung has said its foldable device will be capable of running up to three apps at once, a feature dubbed Multi-Active Window.

For instance, half the display could run popular game Fortnite, while the other half could be used to chat with teammates, an essential part of the game. This also has useful business applications, such as having email, collaboration apps like Slack and a video call open at the same time.

Developers will need to start thinking about how they can optimise their apps for such use.

As for when the screen is folded, Adrian Velthuis, chief revenue officer at advertising company Mobile Posse, told Mobile World Live (MWL) that developers will have to create “snackable” sizes for both content and advertising, adding that research at his company shows form factor has a big impact on how users consume content – which means foldables are likely to be a game changer.

Speaking to MWL Beatrice Olivas, chief revenue officer of app marketing company Motive, stated that if foldable devices become the norm, developers “will need to re-envision the way they reach consumers”, when it comes to monetisation and advertising.

On the other hand, an article in Wired by Brian Barrett claims Android’s fragmented history may actually be a good thing.

He quoted Chris Harrison, an assistant professor at Carnegie Mellon University’s Human-Computer Interaction Institute as saying: “For Android, there’s been such a crazy array of devices already made that developers already have to work with all kinds of sizes and shapes. App developers are pretty savvy about getting their applications to fit properly.”

Not all may agree with that though. A report in Android Central states “there are millions of apps out there that really aren’t designed to run on anything but a four- to six-inch phone screen”, something which will “have to change as these new flexible form factors are released to the world”.

And while some, like Amit Dar, general manager, US, at mobile advertising technology company Taptica, believe foldable devices are mostly hype as “it will take time until the market actually gets its hands on these new phones,” the fact that others like Barrett claim “they’re glimpses of the next great mobile frontier” means developers will at the very least need to start thinking about how to adapt to them.