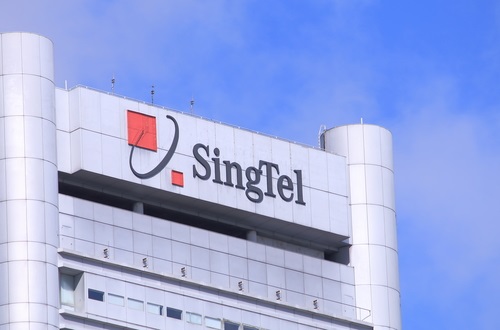 SingTel reported a sharp rise in its net profit for fiscal Q1, mainly due to a one-off gain, but posted slower revenue growth on a group level and a fall in mobile turnover because of the depreciation of the Australian dollar (AUD).

Its consumer business saw revenue rise 1.9 per cent to SGD2.6 billion (up 11 per cent in constant currency terms) while EBITDA was stable. The consumer group accounted for 62 per cent of total group revenue.

Mobile revenue declined 2.8 per cent but increased 5.2 per cent in constant currency terms, with growth across Singapore and Australia driven mainly by data. Higher handset sales due to continued demand for smartphones was also a factor. Equipment sales contributed 11 per cent of total revenue during the quarter, up from 7 per cent a year ago.

EBITDA grew 8 per cent, underpinned by strong mobile service revenue growth, increased take up of higher-tier plans and device repayment plans. Optus has extended its 4G coverage to close to 90 per cent of the population, with 3,787 sites, of which 2,400 have been upgraded to 700MHz.

Associate operations
Despite the weaker Indonesian rupiah and significant fair value losses from Airtel, SingTel’s share of pre-tax earnings from the regional mobile associates rose 5 per cent to SGD625 million. The associates’ pre-tax contributions were up 7 per cent on strong earnings growth at Telkomsel, AIS and Globe Telecom.

Indonesia’s Telkomsel registered double-digit growth in revenue (14 per cent) and EBITDA (12 per cent), boosted by a 38 per cent increase in data and digital revenues.

Airtel recorded increases in both consolidated revenue and EBITDA on continued strong operational results in India. However, its overall profits declined due to higher fair value losses and net finance costs, as well as a weaker operational performance at Africa.

CEO Chua Sock Koong said the company is gaining momentum on its growth initiatives in the enterprise segment for cyber security, cloud and smart city services in Singapore and the region.

Revenue in its digital life group jumped 195 per cent to SGD102 million, mainly from Amobee’s acquisition of Adconion and Kontera last year.