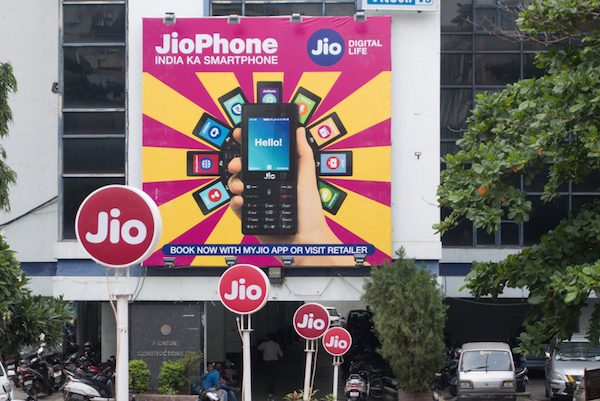 Startup operator Reliance Jio, already the third largest mobile player in India, reported continued growth in subscribers and strong financials for its fiscal Q2 despite a double-digit fall in ARPU.

It recorded a net profit of INR6.81 billion ($92.8 million) in the quarter ending September 30, with operating revenue jumping 50 per cent year-on-year to INR92.4 billion. In the comparable period of 2017, it reported a loss of INR2.71 billion.

The company, which gained a 21 per cent market share by subscribers since launching nationwide 4G service in September 2016, is the only operator in the country to see revenue gains in the last two quarters as a fierce price war it started by offering free data and voice has weighed on the top-line of its rivals, as well as their profitability.

Jio added 114 million subs year-on-year to end September with 252 million. It had 37 million net additions in the July to September quarter, up from 28.7 million the previous quarter.

However, ARPU dipped 2 per cent to INR131.70 from the previous quarter and was down nearly 16 per cent from a year ago.

Average data usage per subscriber hit 11GB a month, while average monthly minutes of use rose to 761. The average video consumption was 17.5 hours per subscriber per month.

The operator said its LTE network is on track to reach 99 per cent of the population by end-March 2019, which is the end of its 2018-19 fiscal year.

Both transactions are subject to customary regulatory approvals.