Huawei to spin off cloud business into separate unit 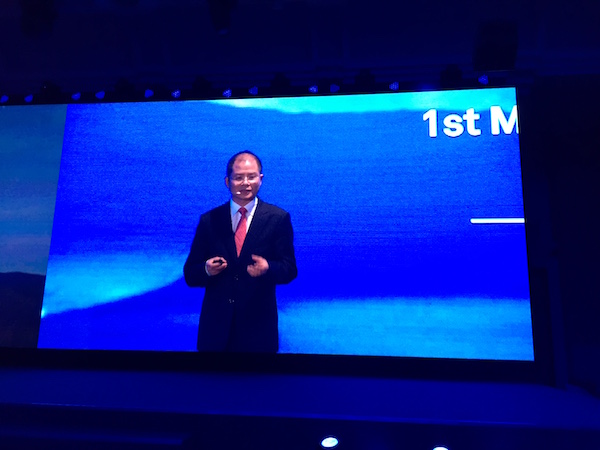 LIVE FROM HUAWEI ANALYST SUMMIT, SHENZHEN: Huawei stepped up its already strong commitment to the cloud by announcing plans to create a separate cloud business unit.

The new unit will be the company’s fourth business group after carrier, consumer (devices) and enterprise. The company said a year ago it would invest $1 billion to expand its cloud business.

Eric Xu, Huawei’s rotating CEO (pictured), said it has been pushing its new public cloud platform both independently and by partnering with operators in some countries, such as Deutsche Telekom in Germany.

He argued Huawei needs to first become a digital company itself in order to lead telcos down the path towards digitalisation: “We face the exact same issues that operators face. The key is to take action, not to have a discussion.”

Xu said Huawei sees artificial intelligence (AI) as an enabling technology to increase the value of its existing products, not as an independent industry, and Huawei won’t develop an AI business.

“AI will be everywhere in our products, solutions and operations in the future. We’ll use AI to automate and drive improvements in efficiency. For example, we can definitely use machine learning to improve the management of telecoms networks to make them run more efficiently.”

Broad growth
Xu highlighted the company’s strong revenue growth in 2016 across all its business lines, but added no detail on its slow growth in net income, which was up just 0.4 per cent in 2016.

Despite weakness across the telco network sector, he said its carrier business grew strongly through 2015 and 2016: “This is a result of our strategic focus and high R&D investment, which has led to higher growth than the market average”.

Responding to a question about past investigations in the US and its access to the market, Xu said he had no update to share, but noted its US strategy remains unchanged: “The US is not a focus for our network business. For our smart devices, the US is not a priority now but it will be in a few years.”

Previous ArticleAT&T looks to 5G with $1.6B spectrum licensee buy
Next ArticleFCC chair moves to uphold call ban in the air