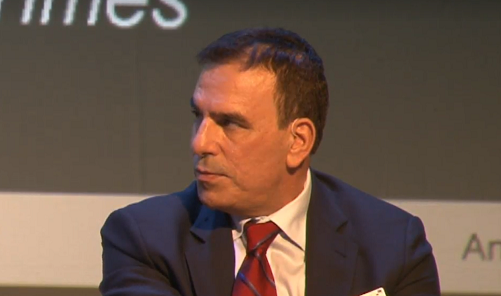 Former Telecom Italia CEO Amos Genish (pictured) stood down from the company’s board, around six months after he was ousted from the top job amid a bitter battle for control between shareholders.

Telecom Italia announced Genish’s resignation in a statement, confirming a settlement which will see the former chief receive €4.2 million.

Frank Cadoret, head of pay-TV business Canal +, which is owned by Telecom Italia’s largest shareholder Vivendi, will replace the former executive on the board.

Genish gone for good
Genish was appointed as CEO in September 2017 by the operator’s board, which at the time was led by Vivendi.

However, a battle for power ensued between the French company and Telecom Italia activist shareholder Elliot Management, which left Genish in a vulnerable positioin.

An Elliot-nominated team took control of the board in May 2018 and he was subsequently ousted from his position in November, replaced by former Wind boss Luigi Gubitosi.

Its new executive team reportedly clashed with Genish over long-term strategy, and were subsequently keen to make their own appointment.

Genish, however, retained his position on the board although his presence was contentious, reported Financial Times.

There are indications relations between Vivendi and Elliot have improved in recent times. Aside from the fact that Genish’s departure appears to have been dealt with amicably, Vivendi also notably backed down from a clash with Elliot in March which could have caused another boardroom overhaul.