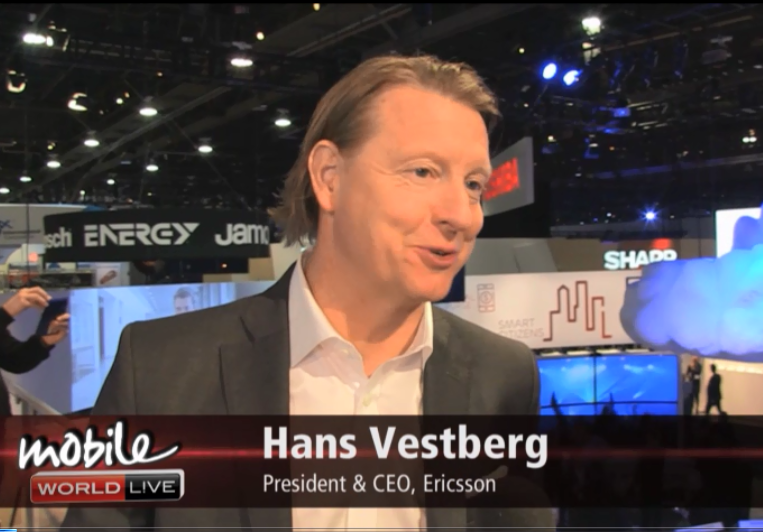 The importance of the high-profile Ericsson/Cisco partnership was laid bare at the Swedish vendor’s press conference on Monday.

Hans Vestberg, Ericsson’s CEO, stressed that the agreement, which has only been operational for 74 days, was already gaining significant traction and had the continuous commitment from both companies.

Cisco’s chief strategy officer, Hilton Romanski, was more upfront, stating that with regard to the joint programme being a success, “our jobs were on the line”.

However, early results from the partnership would appear favourable. “We have around 200 active engagements worldwide with multiple wins,” said Vestberg. “We’ve achieved huge progress in a very short time.”

While not detailing these contract awards, the executive confirmed they involved IP backhaul, data centre transformation and cable TV operations.

To illustrate the results of the partnership, Ericsson said its dynamic service manager, announced at the press briefing, was evidence of the joint collaboration and included intellectual property from the two companies. It combines Ericsson’s OSS technology with Cisco’s IP and optical knowledge to better manage complex network services.

Separately, Ericsson announced it would extend its cloud transformation services and infrastructure portfolio by partnering with Amazon Web Service (AWS). This new deal will see Ericsson create a global team of technicians focused on the AWS Cloud and the opening of cloud innovation centres with customers, with Telstra being named as the first operator to become involved.

Vestberg also stressed that 5G was generating an enormous level of interest, but called for the industry to recognise the importance of agreed standards and interoperability.