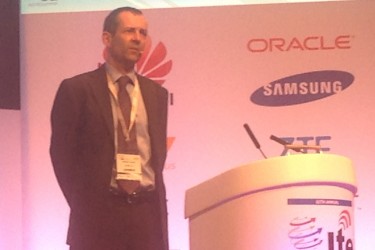 LIVE FROM LTE WORLD SUMMIT 2015: UK telecoms watchdog Ofcom admits it is having to build its future spectrum planning on an uncertain picture of how demand for frequencies will evolve.

“We don’t want to see a lack of spectrum inhibiting the rapid rollout of 5G services, so we want to make sure that we are thinking about tomorrow’s challenges and not regulating for the past,” the executive continued.

With much of the attention here at the Amsterdam event focused on the evolution path to 5G, which is set to bring capabilities to use new spectrum bands, Hudson said that Ofcom “is identifying and prioritising suitable bands. We’re monitoring that demand, and the technology developments that go with it, and we’re trying to take a long-term strategic approach – but at the same time accepting that we have to be adaptable and pragmatic at times”.

The broad range of possible frequency bands that may end up being used for 5G services also presents issues. “Do we focus our efforts on a very wide range of bands at a very broad level, or do we need to start focusing on a much smaller range of bands, where if we do that too soon, we could end up making the wrong choices?” he mulled.

“The risk if we don’t start thinking about specific bands is that we simply won’t get spectrum released in time for the 5G services that we all believe are going to be essential,” Hudson continued.

He was also wary of the idea of categorising bands which could support other technologies as being for ‘5G’, due to the potential impact this could have on use.

“What we don’t want to do is have people wait until 5G comes to use that spectrum if there are good business cases and people want to deliver services to consumers using 4G. Some people will make the call that they would rather get there quickly, and get there with 4G. We want the market to decide,” he said.

With much attention being focused on the evolution path from today’s technologies to 5G, it was noted that incremental changes likely to come first are an easier proposition than the disruptive change which comes later.

“Where we look for a lot of help from the technical community and the people in the industry actually developing this, is when it comes to what are the disruptive changes that are coming up that are going to impact the way we have to think about regulating spectrum,” he observed.

Previous ArticleT-Mobile US kicks off Uncarrier Amped campaign with free upgrade service
Next ArticlePerfecto Mobile: Putting apps through their own wind tunnel