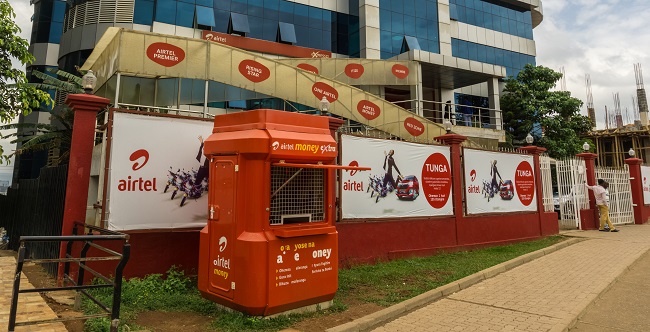 Airtel Africa credited investments to expand its agent network and increase its merchant footprint for boosting the number of mobile money users across its markets by more than 20 per cent year-on-year in Q4 2019.

In its financial statement, the company stated it had 16.6 million active customers using the service at the end of the quarter compared with 13.8 million at the same point in 2018.

Total transaction value on the platform in the recent quarter was $8.4 billion, up 28 per cent year-on-year. Revenue attributed to mobile money was $82 million compared with $64 million.

It noted 15.5 per cent of its mobile customer base took Airtel Money services by end-2019, with the product available across 14 markets.

In its review of the quarter Airtel Africa added growth in its financial services customer base “was largely driven by the expansion of the distribution network, as we continued to invest in exclusive kiosks and mobile money branches, up 30.6 per cent and 157 per cent respectively”.

“The expansion of the merchant ecosystem and the provision of more affordable tariffs further contributed to transaction value growth.”

Gains
Elsewhere, its mobile customer base increased 9.4 per cent to 107 million in Q4, with revenue up 12.8 per cent to $883 million. Growth in earnings was attributed to increased data usage and improved voice revenue driven by its larger customer base.

Net profit was $103 million, down 22.5 per cent largely due to accruing a greater tax liability versus Q4 2018, though the company noted its results in 2018 included a tax credit and other one-off items.