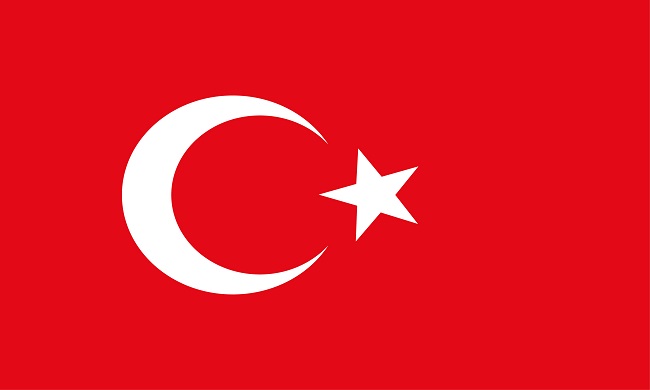 The auction’s completion comes after a three month postponement following controversial comments from Turkish president Tayyip Erdogan suggesting that the country could skip 4G altogether and go from 3G to 5G.

In a statement, the largest operator Turkcell said it acquired the highest amount of spectrum of the three, totalling 172.4 MHz, spending €1.62 billion, with the company acquiring 2 x 10 (20MHz) frequency in the much sought after 800MHz spectrum at a price of €372.9 million.

It claims that its purchase will enable it to be “the only operator in Turkey to provide the fastest speed of 375 Mb/s achievable with this technology through carrier aggregation.”

Britain’s Vodafone (number two in terms of market share) will spend €778 million, securing 82.8MHz of spectrum in total. The company, which yesterday emerged as the leading bidder for 800MHz according to early reports, like Turkcell, bought 2 x 10 MHz in the band.

The company said in a statement “the spectrum acquired will enable Vodafone Turkey to improve significantly the speed, coverage and capacity of its mobile data services”.

Turk Telekom’s Avea will invest €995 million on licences, according to reports, but no official statement has yet been released from the company.

The bids from all three companies outstripped regulator expectations, which set estimates at €2.3 billion for the entire tender, and will now be subject to an approval process.

3G to 5G – 4.5G in the ‘middle’
Regulator Information and Communication Technologies Authority (BTK) reportedly added several revisions to the tender documents following Erdogan’s comments about 5G, and placed more focus on ‘Research and Development’, and consequently dubbed the tender the 4.5G auction.

The regulator also divided up spectrum into 20 different packages in a bid to ensure fair bidding between the operators.

Turkcell, which also announced yesterday it could borrow up to $3 billion for investments including licence fees, played up 4.5G in its statement, stating it “acquired the right to utilise the largest frequency resource within 4.5G”.

“Our successful bid for the highest amount of frequency at the 4.5G auction will mean that we will be able to provide the highest capacity services,” said the company’s CEO Kaan Terzioglu. “Our efforts to transform our country into a producer of technology will now continue with 4.5G and domestic 5G.”

Full details of the license awards can be found here.