T-Mobile US claims to have killed the data plan 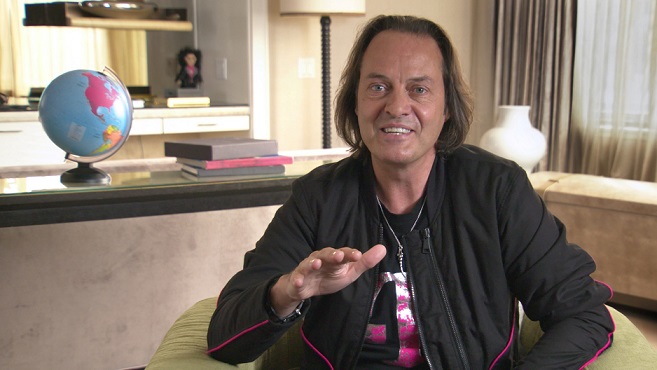 T-Mobile US CEO John Legere declared “the era of the data plan is over”, as the company unveiled its One “unlimited everything” subscription.

Announcing the latest in the operator’s “un-carrier” series, Legere said the service was a “subscription to the mobile internet”, revealing that the move had been in the works for a long time.

“We have purpose built our network to get to this point” he said.

The initiative follows other unlimited data services offered by T-Mobile US for video and music and effectively kills three of its previous un-carrier efforts: Binge On, Music Freedom and Data Stash.

In terms of pricing, one single line will cost $70 a month, and coupling that with a second will cost $50, with additional lines costing $20 each. For a family of four this would work out to $40 each.

Some critics have however already questioned whether the company would be hit by the fact that it will cost individual customers $70 a month to join.

The company was quizzed on whether it was now a “premium” player, given the pricing for an individual line.

Legere countered that most of its customers on prepaid services are using family plans, and it would not see a negative impact given that it was offering something completely unique in the market.

Outspoken CEO
In typical fashion, Legere also did not miss the opportunity to take a swipe at his rivals in the US market, on the back of the announcement.

He insisted that “only T-Mobile’s network can handle something as huge as destroying data limits”.

“AT&T and Verizon can’t do this. They’ve been running away from unlimited data for years now, because they built their networks for phone calls, not for how people use smartphones today. I hope AT&T and Verizon try to follow us. In fact, I challenge them to try.”

He also suggested that its other key rival, Sprint, may launch a similar offering in the future, given that they “copy and paste” T-Mobile’s initiatives, despite the fact they are about “six months behind every time”.

While T-Mobile US is aggressively pitching the plan as “unlimited”, notably, it said in the statement that people using more than 26GB of data per month “may see their data traffic prioritised behind other users once they cross that threshold during their billing month”.