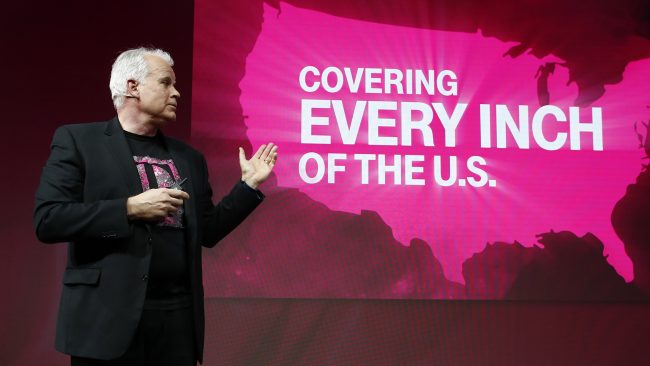 T-Mobile US drastically extended its 5G footprint to cover 60 per cent of the country’s population using low-band 600MHz spectrum, in a move which somewhat forces consumers to choose between coverage and speed.

In a statement, it said it had now lit a nationwide network, covering 200 million people across more than 5,000 cities and towns using 600MHz spectrum, which offers better range, but a less dramatic speed boost over 4G.

An operator representative told Mobile World Live speeds on the 600MHz network are initially expected to be around 20 per cent faster than LTE on average. T-Mobile CTO Neville Ray (pictured) stated 5G performance will increase “exponentially over time”.

Next-generation service will be available at no additional cost to both prepaid and post-paid customers. Notably, though, the operator lacks a handset capable of supporting both of its 5G spectrum bands.

Two 600MHz-compatible handsets will be available on 6 December: the OnePlus 7T Pro 5G McLaren and the Samsung Galaxy Note10+ 5G.

Both devices also support Sprint’s 2.5GHz spectrum, which T-Mobile plans to add to the network if a proposed merger between the pair is approved.

However, they are not compatible with the mmWave spectrum T-Mobile used in its earlier 5G deployments.

T-Mobile said 15 additional 5G devices are coming in 2020. But, for the time being, customers will have to choose between mmWave and low-band 5G, as the Samsung Galaxy S10 5G peddled to early adopters in June doesn’t support 600MHz.

Sprint offers mid-band 5G coverage on its 2.5GHz spectrum across nine cities; Verizon launched limited mmWave coverage in 18 cities; and AT&T has mmWave coverage in 21 cities, but announced in late November it was in the process of deploying a low-band service across five cities.