Qualcomm ramps up connectivity play ahead of MWC 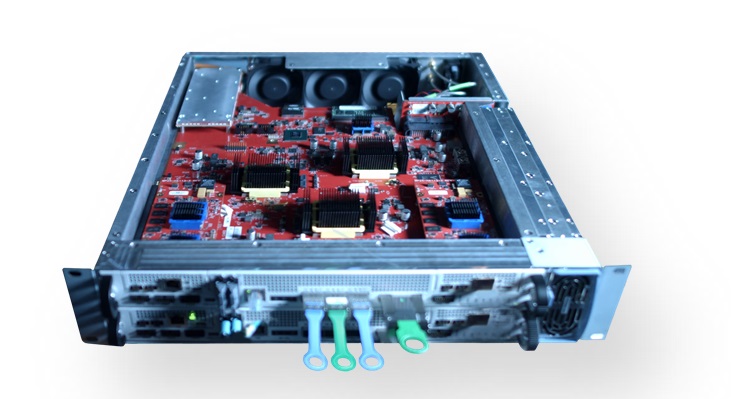 Qualcomm made a raft of announcements ahead of next week’s Mobile World Congress, including a number of connectivity-focused updates.

5G NR demo
The US technology player said it had achieved its first successful 5G connection based on the New Radio (NR) work in 3GPP, which is expected to become “the global 5G standard”.

It said the trial, which used Qualcomm’s sub-6GHz NR prototype system (which supports mid-band spectrum from 3.3GHz to 5.0GHz), demonstrates how the technology can be used to efficiently achieve multi-gigabit-per-second data rates with lower latency than 4G networks.

Qualcomm is demonstrating its prototype system (pictured) at Mobile World Congress, as will China Mobile.

“These are working against the detail of the standard as its emerging. Every time the standard changes, we are going to develop our prototypes, the infrastructure vendors will do the same, and we are working very, very closely to give the operators a really clear and easy route from what we understand now with 5G to what they will eventually launch,” he continued.

Snapdragon X20 Gigabit LTE
Qualcomm announced its second-generation Gigabit LTE modem, called Snapdragon X20, which is currently sampling – the first commercial devices using it are expected in the first half of 2018.

The company announced its first Gigabit LTE modem, Snapdragon X16, a little over a year ago, which has subsequently been used in pilots of high-speed mobile network services. It is integrated into the Snapdragon 835 processor.

Qualcomm’s new chip offers speeds of 1.2Gb/s, a 20 per cent increase over the previous generation. It also supports 5x20MHz downlink carrier aggregation across licensed and unlicensed FDD and TDD radio frequencies, as well as 4×4 MIMO on up to three aggregated LTE carriers.

In another first for Snapdragon modems, it also offers a dual-SIM, dual-VoLTE capability.

Timmons said while the speed boost is important, the new modem brings an additional level of flexibility with regard to spectrum options.

“The X20 critically brings an extra degree of flexibility that is going to allow an additional set of operators that have got more diverse spectrum to get up to a gigabit or beyond. As we are with the X16, we get some operators who look at their spectrum and say ‘that’s annoying, we can’t get a gigabit. With the X20, then they will be able to.”

RF developments
Timmons was also keen to point out Qualcomm’s work in the RF market. “RF is so important. It’s very complicated. We don’t talk about it very much. We are very good at it, and we are getting better,” he said.

The company is introducing a “suite of comprehensive RF front-end solutions, making it the first mobile technology provider to develop and commercialise a comprehensive platform spanning from the digital modem to the antenna port”.

“From a device manufacturer point of view, the ultimate aim is that they should be able to massively reduce the complexity on their side, of delivering multi-band mobile devices. So it means we’ll have the RF chips, the filters, the PAs, all built into a packaged-up front end that makes it much, much easier to integrate into a device,” he said.

The move comes shortly after the creation of a joint venture between Qualcomm and TDK, called RF360 Holdings.

Android Things
Qualcomm also said it plans to add support for Android Things on its Snapdragon 210 processors with X5 LTE modems. The company said this is expected to be the first commercial system-on-chip to offer integrated LTE support for the IoT device-oriented operating system.

The package is focused at “a new class of IoT applications requiring robust, security-focused and managed connectivity”, such as electronic signage, remote video monitoring, asset tracking, payment and vending machines, and manufacturing, as well as consumer devices.