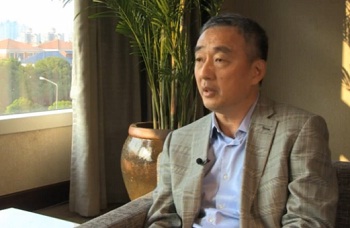 Mozilla is parting company with two senior executives – including a senior mobile leader – in what TechCrunch suggested could be a wider restructuring of the organisation.

The most high-profile departure is Li Gong (pictured), president of Mozilla, who has had a fairly high profile in the last twelve months as Mozilla has continued to push its efforts in the mobile space. He joined Mozilla China Foundation in 2005, having previously worked with Microsoft, Sun Microsystems, and with Bessemer Venture Partners.

Also heading for the door is Rick Fant, VP of planning and ecosystem, who had responsibility for “overall strategy discussion and product roadmap” for its Firefox OS platform. He joined from Vodafone UK, where he headed devices and services under the Vodafone 360 brand, and also worked with Microsoft.

The company is now looking to recruit a VP of Firefox OS, to drive continued development of the platform.

According to TechCrunch, Mozilla did not comment on speculation that the departures come as part of a wider restructure, under newly installed CEO, Chris Beard. However, it did confirm the authenticity of a leaked document which points to an increased marketing spend in Q2, designed to drive usage of the Firefox browser.

At Mobile World Congress earlier this year, Mozilla announced plans to bolster its mobile efforts with the launch of a new category of Firefox OS devices, in partnership with KDDI, LG U+, Telefonica and Verizon Wireless.

Since the departure of Gary Kovacs as CEO in 2013, Mozilla has seen a number of changes in senior management. Jay Sullivan, Mozilla’s COO and interim CEO, left the company after Brendan Eich, the company’s former CTO, took the top job.

But Eich’s reign was short, after controversy surrounding his views on gay marriage – which sparked protests from Mozilla’s grass-roots supporters. He was replaced by Chris Beard, who is still at the helm.

Other recent departures include Johnathan Nightingale, VP of Firefox Engineering, who left at the end of March.