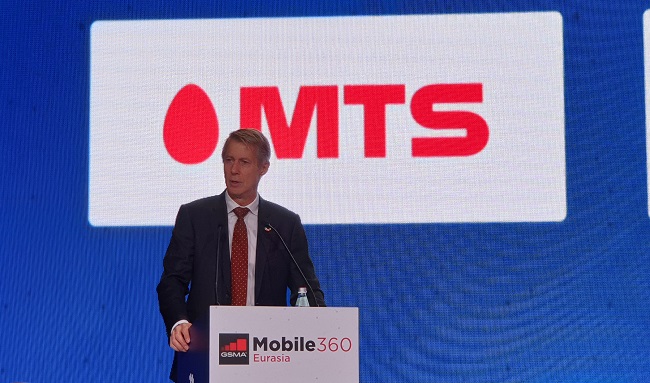 LIVE FROM MOBILE 360 EURASIA, MOSCOW: GSMA director general Mats Granryd (pictured) highlighted the huge potential of 5G and the IoT to transform the economies of the region and provide new revenue streams for operators.

In the opening keynote, Granryd noted in markets such as Russia, mobile subscriber numbers had almost reached saturation point with the penetration rate at 90 per cent. The figure across the Eurasian region stands 81 per cent.

As a result, future operator growth must come from new revenue streams in IoT and digital industries fuelled by intelligent connectivity sectors with high potential, he argued.

In addition to expanding the opportunities for operators in the region, Granryd said the “speedy and widespread deployment of 5G could be transformative for the economies of this region”.

He noted while Russia and other countries have high levels of industrial capacity, extensive transport networks, educated professionals and a skilled labour force, the workforce is ageing. By adopting next-generation intelligent connectivity, he added countries could “maximise these strengths and mitigate weaknesses by digitising the economy”.

Adoption of mmWave-based 5G was cited as key enabler for this shift, as it allows high speed internet access without the increased deployment costs often associated with fibre rollouts.

However, to fully realise the potential transformative impact of 5G, Granryd argued it was critical the mobile industry is granted the necessary spectrum under fair terms, to “deliver on these promises to consumers, governments and industry.”

Echoing pleas made to regulators at GSMA events throughout the year, Granryd implored authorities to not get “short term greedy” and prevent the benefits of the digital economy.