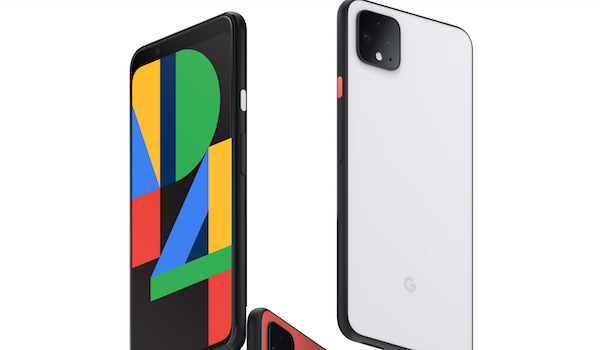 Google took the wraps off its latest smartphones, the Pixel 4 and Pixel 4 XL, featuring motion control, a revamped camera and an upgraded Assistant.

At the company’s annual Made By Google event, VP of product management Sabrina Ellis said the new devices were packed with features “you will not find on any other smartphone”.

Other common features include an embedded Titan M security chip “to protect sensitive data”, use of Android 10, and a choice of three colours: white, black and a limited-edition orange variant. They are available with 64GB or 128GB of storage.

In motion
In its attempts to differentiate from the competition, Google focused on two features.

The first was Motion Sense control, which it had already revealed would be included in the device. It works through a small radar chip built into the phones, able to detect movement around the device and initiate the face unlock process even before the device is picked up.

Notably, some other Android phones also have gesture control, but Google said it had worked to ensure the latest Pixels are smart enough to know an accidental gesture from an intentional one.

The second key feature was a new recorder app, which has an added twist of simultaneously transcribing speech. The app works offline, uses AI and speech recognition, and also has a search feature allowing users to find specific time codes.

Google said it was starting with the English language for transcription, with more languages coming soon.

Assistant and camera
Google Assistant has “deeper integration” in Pixel 4 and was redesigned so it doesn’t take up too much of the screen and can be accessed easily while using other apps. Google also talked up “breakthroughs” in speech processing, meaning more requests can be conducted on the phone rather than sending them to the cloud.

Google said the camera upgrade was its biggest yet, tapping into the company’s work in computational photography and offering optical and digital zoom. It also boosted its night sight and HDR+ features.

Made by Google
During the event, Google also unveiled the second-generation of Pixel Buds, which enable users to access Assistant hands free. This brings Google on-par with Apple, which introduced a similar option for its Siri assistant on Airpods earlier this year.