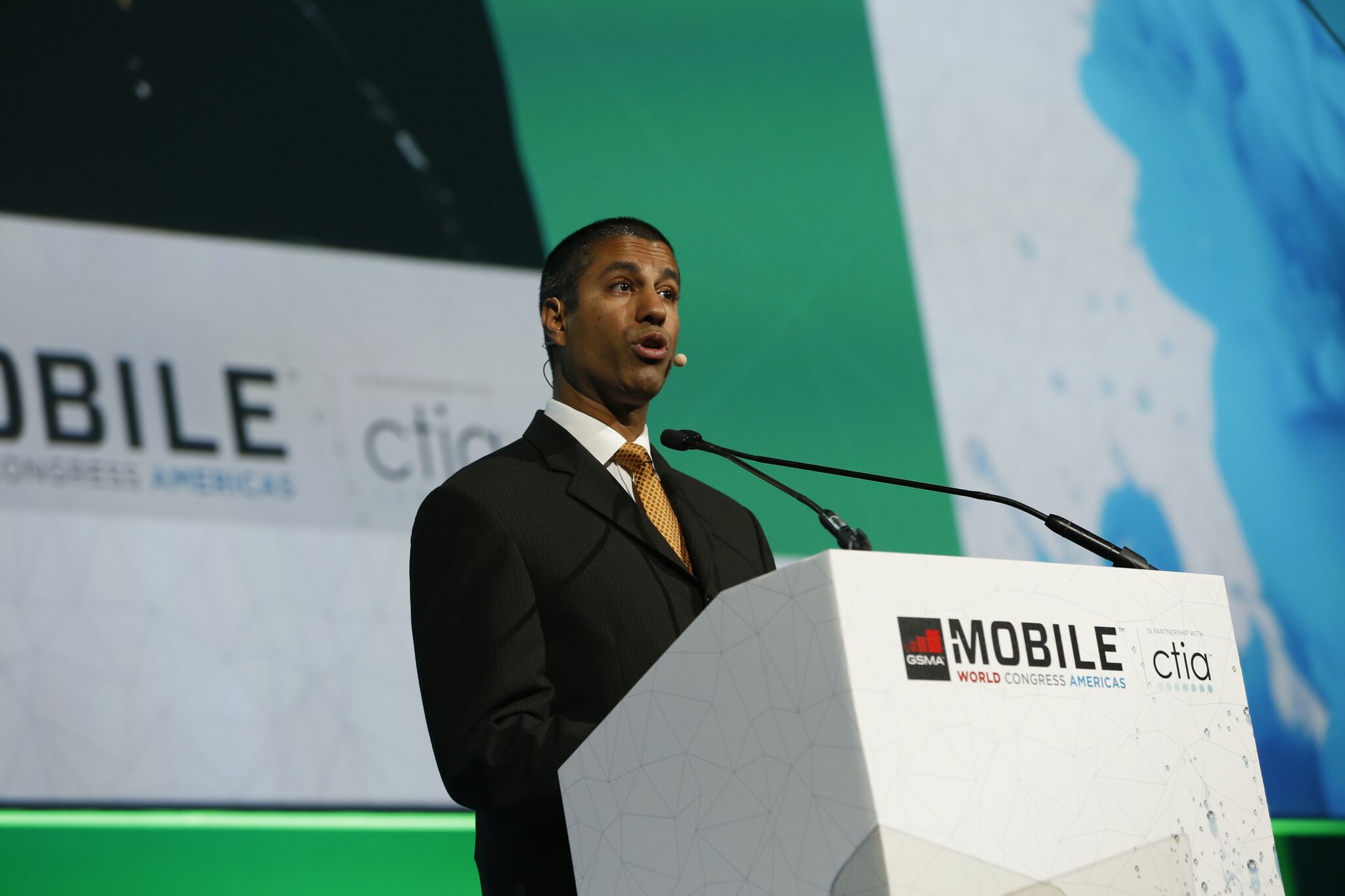 Federal Communications Commission (FCC) chairman Ajit Pai (pictured) confirmed the regulator is considering banning operators from using government funds to acquire infrastructure and services from companies identified as US national security threats – a move which could be a major blow to the ambitions of China’s Huawei and ZTE, among others.

In a statement, Pai said the proposed rules would help counter malicious efforts to use “hidden back doors” in network equipment to spread viruses, launch denial-of-service attacks and steal data via US communications networks.

“Although the FCC alone can’t safeguard the integrity of our communications supply chain, we must and will play our part in a government- and industry-wide effort to protect the security of our networks.”

During a media briefing, senior FCC officials said the draft proposal circulated today (26 March) would prohibit operators from using money from the FCC’s $8 billion Universal Service Fund to purchase equipment from vendors on the ban list.

Those operators are more likely to be tier two and three service providers (targeting rural parts of the US) than the big four (AT&T, Sprint, T-Mobile and Verizon – which are already barred from using Huawei and ZTE kit).

However, the proposal seeks input on several key questions around implementation of the ban, including enforcement and penalties, how to recover funds used on banned equipment and how to deal with existing equipment from prohibited providers. The FCC is also looking for comment on how to come up with its list of blacklisted companies.

Officials said there are several ways the FCC could define prohibited providers: follow the approach taken by other federal agencies when barring suppliers; have an outside agency, likely with national security expertise, develop and maintain a list of threats; or take its list from congressional enactments barring federal agencies from purchasing equipment from certain companies.

The latter approach would impact Chinese vendors including Huawei and ZTE as well as Russia-based security company Kaspersky Lab, the officials said.

Why now?
FCC officials said an important impetus for the proposal was a letter Pai received from a bipartisan group of lawmakers in December 2017 expressing concerns about Chinese manufacturers, including Huawei. Following a subsequent briefing with the intelligence community, the FCC decided to act to address concerns about the integrity of the communications supply chain.

The proposal comes in the broader context of heightened tensions between the US and China which have put pressure on US operators and retailers to back away from partnerships with Chinese vendors.

Last week, President Donald Trump upped the ante, issuing an order which would implement tariffs on up to $60 billion worth of Chinese imports, primarily in the technology sector. Though Reuters reported in 2012 an 18-month White House investigation found no evidence of spying from Chinese vendors ZTE and Huawei, the Trump administration in its order accused China’s government more broadly of supporting “unauthorised intrusions into, and theft from, the computer networks of US companies”.

The full text of the FCC proposal is expected to be released on 27 March. Pai said the commission will vote on the measure at its next monthly meeting on 17 April.