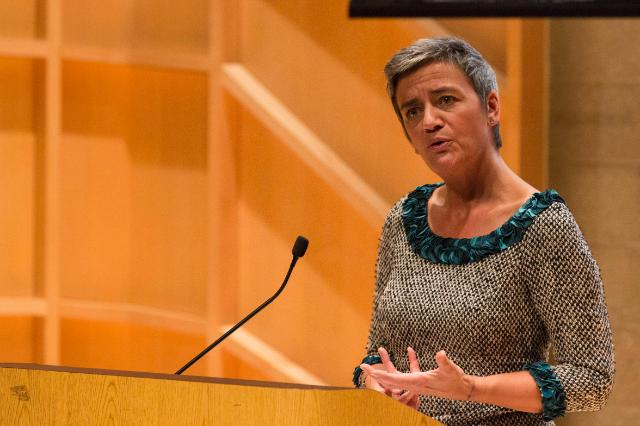 Margrethe Vestager said companies involved in failed mergers in the UK and Denmark were “not effective” in finding solutions that would have enabled the deals to go ahead.

“In both cases, we would have been happy to find a solution that would have let the mergers go ahead without harming consumers,” the EC competition commissioner said.

She was returning to the subject of M&A in the mobile sector during a speech to the Forum for EU-US Legal-Economic Affairs in Paris.

The EC blocked a proposed merger between Telefonica’s UK unit and CK Hutchison’s 3 UK, and would have done the same with Telenor and Teliasonera’s joint venture in Denmark had the companies not abandon their plans.

In both cases, the operators stopped short of enabling a new, network-based rival to enter their respective markets, a red line for the EU competition chief.

“It’s just that the solutions which the companies offered would not have been effective enough,” she stated.

She contrasted the situation with that in Italy, where the commission approved a merger between Hutchison’s 3 Italia and VimpelCom’s Wind, after the partners agreed to sell assets that will enable French newcomer Iliad to the enter the market.

Another alternative in Italy, she said, would have been to create or strengthen a virtual operator to restore competition lost by the merger.

The Commission had “a clear preference for the a structural solution”, she said.