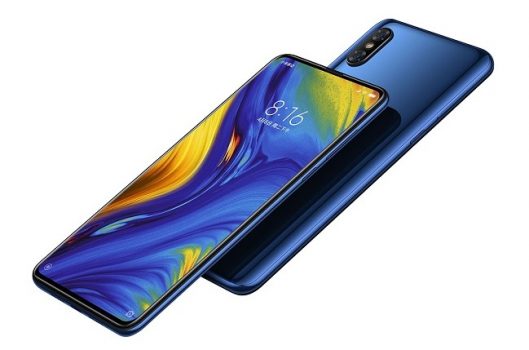 Xiaomi teased a forthcoming 5G edition of its newly released Mi Mix 3 smartphone, which employs a smaller antenna design and hidden selfie camera mechanism to deliver a near full-screen experience on its 6.4-inch AMOLED display.

Rather than using a motorised pop-up module like competitors Vivo and Oppo to eliminate the camera notch at the top of the display, Xiaomi opted for a manual magnetised design which allows users to slide the full screen down slightly to reveal a 24MP selfie camera and 2MP depth sensor. The vendor addressed concerns around durability, noting the slider should be good for 300,000 uses.

The company also managed to nearly completely eliminate the bottom bezel from the display by using a custom antenna set-up which requires 72 per cent less space than the module used in the smartphone’s predecessor, the Mi Mix 2S. The combined result of these changes is a 93.4 per cent screen-to-body ratio.

Xiaomi talked up the capabilities of the Mi Mix 3’s dual 12MP rear cameras, which it said feature enhanced artificial intelligence capabilities and tuning to deliver better results than even its Mi 8 flagship. The company also introduced Night Mode for long exposure shooting in low light, a clear challenge to similar technology introduced by rival Huawei in its P20 Pro earlier this year, and new slow motion video abilities.

The device boasts top-end interior specifications including a Snapdragon 845 processor; options for 6GB, 8GB and 10GB of RAM; and 128GB or 256GB of storage.

The company added a 5G version of the phone will be released in Europe in Q1 2019.

Subscribe to our daily newsletter Back
Previous ArticleEutelsat, Sigfox team to take IoT to the skies
Next ArticleAT&T combats rising device costs with white label deal

Xiaomi gets back to business in China