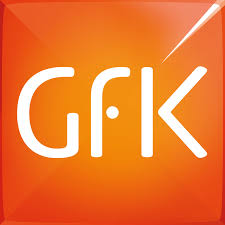 Tablet penetration in Vietnam is increasing rapidly as more entry-level models hit the market, fuelling a 34 per cent jump in sales volume to 582,000 units in the five first months of 2015 compared to the same period last year.

The sales value during the period, however, fell 5 per cent due to rising sales of lower-value models, according to GfK. Three-quarters of media tablets sold this year cost less than $300, compared to just 50 per cent last year, signifying a strong shift towards the low-end segment.

“The result of more media tablets being sold at lower prices brought about a shrinkage in the total market value in spite of strong consumer demand for the gadget,” said Tran Khoa Van, managing director of GfK in Vietnam.

High-end tablets priced above $500, making up 29 per cent of sales volume a year ago, accounted for just 14 per cent of the total in the January-May period of this year. A similar trend was seen in the $300-$500 segment, which dropped from a 22 per cent share last year to 11 per cent this year.

According to GfK findings, the average tablet price declined by 30 per cent from $367 last year to $259 this year.

Although the number of brands catering to the Vietnamese market fell from 56 to 49, the remaining players have introduced 20 more new models, bringing the total to 298.

Another emerging trend is the rising popularity of smaller-screen models, with 70 per cent of tablets purchased in the 7.9-inch and below segment. Just 13 per cent of sales were in the 9- to 10-inch segment – down from 26 per cent a year ago.

With the average price of tablets expected to fall further from the low of $250 reported in May, the market is anticipated to achieve even higher sales in the third quarter, with annual sales estimated to hit 1.9 million for the year, Van said.

Smartphone prices on the up