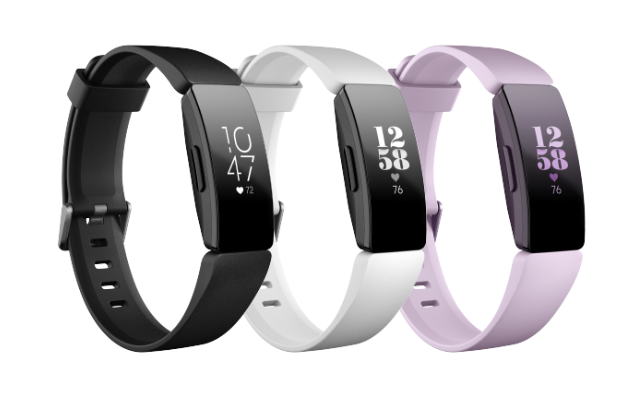 Fitbit hailed continued momentum in its business during the first three months of 2019, as it registered its first quarter of year-on-year growth in tracker sales for three years.

In addition to renewed growth in its fitness band business, a segment which has not been surrounded with optimism, the company said smartwatch sales increased 117 per cent year on year. During Q1, Fitbit refreshed its tracker line with its Inspire and Inspire HR wearables.

The company shipped 2.9 million units during the period, up 36 per cent from 2.2 million in Q1 2018. ASP decreased 19 per cent to $91, due to the introduction of more affordable devices.

In a statement, it said its strategy to increase the affordability of devices and expand its active user community is working, with growth in the base during Q1.

Products introduced within the last year (Charge 3, Inspire, Inspire HR and Versa Lite Edition) represented 67 per cent of revenue. The reinvigorated tracker line generated 58 per cent of device revenue, with smartwatches accounting for the rest.

The company recorded a 10 per cent increase in revenue to $271.9 million, its first annual rise for more than two years. Net loss for the quarter of $79.5 million was down slightly from $80.9 million.

Fitbit noted that margin was impacted by the growing mix of smartwatch revenue and lower yield from product launches: it also noted $2.5 million in restructuring charges.

Away from devices, the company touted 70 per cent revenue growth in its Fitbit Health Solutions unit to $30.5 million, which it said demonstrates “great progress” towards its $100 million revenue target for the year.

For the current quarter, the company is guiding again for an increase in devices sold and decline in ASP. Revenue is expected to grow in the 2 per cent to 7 per cent range.