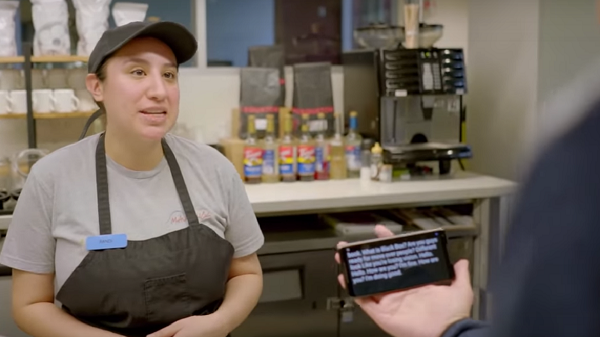 Google launched two apps, Live Transcribe and Sound Amplifier, to help those who are deaf or hard-of-hearing.

“The World Health Organisation estimates that by the year 2055 there will be 900 million people with hearing loss. We believe in the power of technology to help break down barriers and make life a little easier for everyone,” Google said in a blog announcing the apps.

Live Transcribe uses cloud-based automatic speech recognition to display spoken words on a screen. It “has the potential to give people who are deaf or hard of hearing greater independence in their everyday interactions,” Google said. The app will be available in more than 70 languages and dialects. It will gradually rollout in a limited beta to users worldwide via the Play Store.

The only drawback to the app is it uses the Google Cloud speech API, which means it probably won’t work if a user is offline.

Sound Amplifier, on the other hand, doesn’t need to use the internet. First announced at Google’s I/O developer conference, it is used on an Android device with wired headphones to filter, augment and amplify sounds in loud environments such as a cafe or airport lounge.

The app is available on the Play Store and is compatible with Android 9 Pie or later phones.

Previous examples of Google’s accessible apps include Voice Access, which allows users to navigate their device via voice command, and Lookout, designed give the visually impaired notifications about their environment.