Nationwide is first in UK to launch Visa’s digital wallet 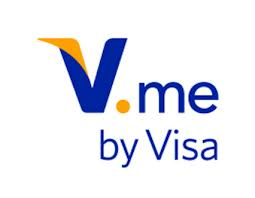 V.me enables users to hold multiple cards in a virtual wallet and then make purchases without needing to repeatedly enter their card details.

Nationwide’s announcement refers only to online transactions but the building society told Mobile World Live that its implementation of V.me also works with those merchants offering a payment capability in their mobile apps.

The building society will offer V.me to all 6.5 million of its credit and debit card customers.

The wallet can be used by over 1,400 online merchants in the UK, including Currys and Clarks. By Christmas, this figure will pass 4,000 merchants.

Nationwide has beaten another UK financial institution RBS with its launch of V.me. The latter trialled the digital wallet in November 2013.

Previous ArticleTurkcell files new Iran suit against MTN — report
Next ArticleSmartphone prices to fall 13% in 2013, with more to come – study

Nationwide looks at security based on users’ behaviour