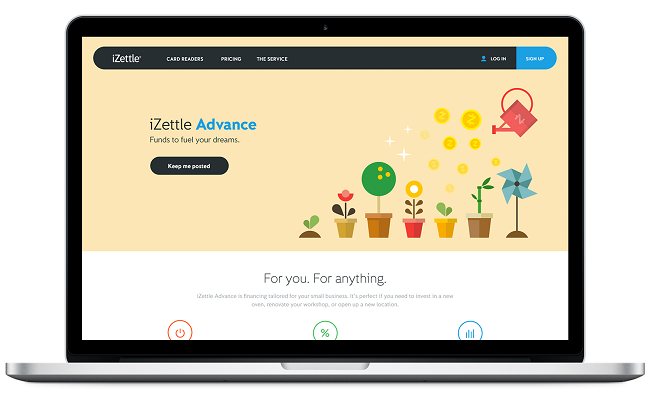 iZettle will use its proceeds to fund a new service called iZettle Advance, which involves the firm offering its customers an advance on future credit card-based sales, as well as expanding its existing mobile point of sale (mPoS) business.

US counterpart Square launched a similar advance-sale service in the US. iZettle’s version will gradually be rolled out across its European markets starting today (28 August).

Before being enrolled, a small business has to be approved. Once the service is up and running, businesses will see funds deposited “within days”. The amount of payment a business receives is calculated as a fraction of its credit card-based sales. The higher the card sale, the bigger their payments, and vice versa.

SumUp divides three ways
For its part, SumUp plans to use its proceeds on three projects. Firstly, to expand into two more countries this year, increasing its footprint to 15 markets. Next, it plans to rollout a contactless version of its payment platform. Thirdly, it will fund the development of new services.

The injection was supported by investors including BBVA Ventures and Groupon. In addition, American Express and other existing investors also participated in the funding round.