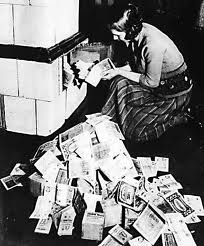 Last week, the UK’s Office for National Statistics published data showing that UK GDP grew by 0.6 per cent in the second quarter of the year. The government hailed the figure as a sign of economic recovery. Happy days are here again, indeed. But the reality is that times are tough for most people in the country. And they have been for the last five years. The same is true of other European countries.

During such a period of recession (or minimal growth), finding an area with encouraging news is a challenge. But consumers seem to have decided using smartphones for banking and bargain hunting is a growth activity.

The Future Foundation recently published research into how consumers in three European countries (UK, Germany and Spain) use their handsets for financial services.

The report, which was sponsored by Monitise, says smartphones offer consumers more control over their finances during the current period of austerity, or “the first global recession of the internet age” as the research firm describes it.

Consumers are now budgeting more and there are greater numbers who gain satisfaction from running a tight budget, the report said. A smartphone enables them to scan products in store, and then see whether they are cheaper online.

The phone also enables consumers to judge in real-time whether they have enough funds in their account to make a purchase. Balance checking is now actually the most popular mobile banking activity.

The Future Foundation found that nearly 60 per cent of UK smartphone users had looked at their account, either via bank’s website, app or text messaging service. The figure was higher in Germany (65 per cent) and most popular in Spain where 70 per cent of smartphone owners had checked their balances.

So far, so good. But will consumers retain the mobile banking habit if/when the current period of penny-pinching has passed?

The current period could forge strong links between consumers and providers, according to one banking executive attending the launch of the report.

Ben Green, head of mobile at Santander, said whoever provides services to users under financial pressure was “helping people with that journey” and had the opportunity to key into the emotional implications of why they were online in the first place.

Any banking brand providing such a service had the opportunity for “emotional engagement” with the consumer, he added. Of course, engagement of this sort needs to be handled with care. If done well, banks may well forge a stronger relationship with their customers. Done heavy-handedly, with the mobile channel perhaps being used for the clumsy marketing of services that take little account of the individual, and there’s an obvious danger that customer relationships are damaged.

Benjamin Ensor, a research director for eBusiness and channel strategy, with Forrester, who also attended the event, was nonetheless optimistic. He said the current, budget-focused times gave service providers the opportunity to have “more mature conversations” with their users that go beyond basic account information.

Those attending the event ended up agreeing that mobile banking was set for a big upsurge in interest, either later this year or in 2014. That’s encouraging, except if it’s a symptom of the economy maintaining its current, flat trajectory. In which case, let’s hope they are wrong.