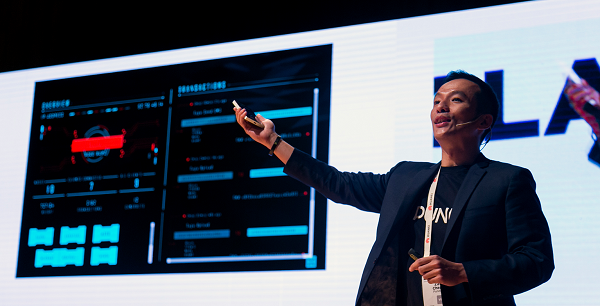 Cheah told delegates blockchain can be “be part of the mobile carrier revolution”.

One way for operators to do this is through blockchain-based smartphones, he explained. Pundi X launched such a device, the XPhone, in October and is keen to partner with operators to sell the unit.

XPhone is powered by the company’s Function X ecosystem which is built entirely on and for blockchain. Pundi X said the device significantly expanded the use of blockchain technology beyond financial transfers, while noting it “can operate independently of centralised carriers”, with users able to “route phone calls and messages via blockchain nodes without the need for phone numbers”.

Beyond XPhone, Cheah explained decentralised apps are another area where operators could get involved with the technology.

These run on a peer-to-peer network of computers and eliminate the need for app stores, connecting users and providers directly.

“Perhaps with blockchain, the decentralised apps will grow and operators can capitalise on this,” Cheah noted.

Subscribe to our daily newsletter Back
Previous ArticleIntelligence Brief: What is the 5G opportunity in MENA?
Next ArticleWatch the Mobile 360 LatAm live stream